Today, we're in for a treat. Settle back, all you armchair travelers, and enjoy a tour of the exotic Far East with guest Mona Risk!

My friends call me the World Traveler. Have you ever thought about far away countries and imagined what living in China or Argentina or Egypt look like?

I often did and when I visited some of these countries I realized that reality is often different from my preconceived ideas.

A year ago, I visited China. Flying to Beijing was easier than coming back, maybe because we were so enthusiastic and maybe because I slept most of the time during the three different flights we took to reach Beijing.

I never imagined Beijing or Shanghai to boast so many high rises, to be so modern, so clean and well organized. Picture Manhattan or downtown Chicago, definitely less Chinatown-like than San Francisco's Chinatown. Shanghai is really fabulous and has the most modern high-rises I ever saw in my life. 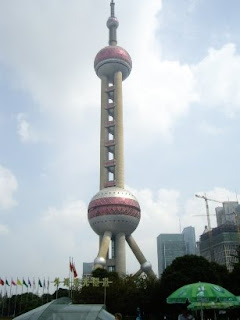 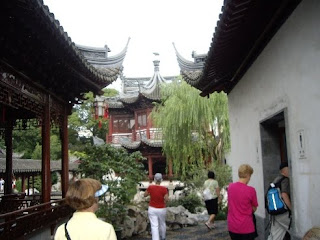 In Beijing, we visited the Forbidden City: fabulous. The Summer Palace and the Great Wall: actually it's a great staircase, each step one to two foot high. I reached the first tower, about three-story high, and gave up. My husband reached the second tower, something like: eight-stories high. You can keep going around all of China like that. 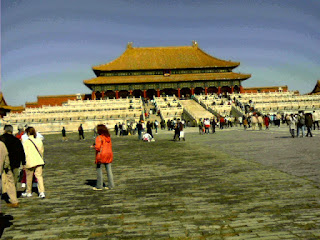 Taiwan and Okinawa (a Japanese Island) were quite interesting, fun and a little bit boring after the above. Taiwan has a lot of temples. We visited a big one where people were praying and offering food and flowers to the goddess of fertility, goddess of success for students, goddess of matchmaking, etc... Taiwan also has Building 101, supposed to be the tallest in the world. 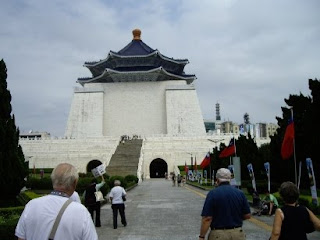 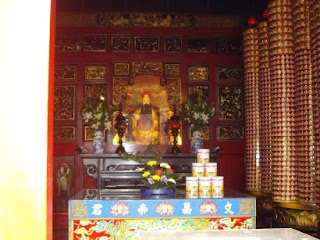 Hong Kong was my kind of place, a shoppers' paradise. As beautiful as we remembered it from twenty years ago, but much more busy, crowded, modern, expensive. 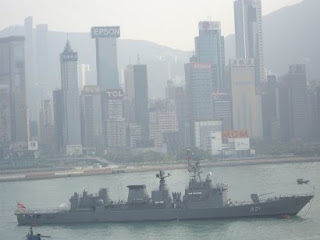 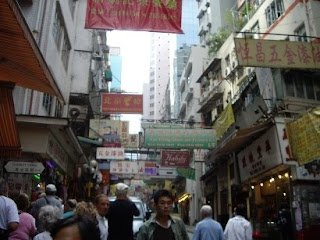 So far, we had a blast. But then, I learned that my mother was in the hospital, although not in a life-threatening situation and the mood changed.

We spent two days in Vietnam. I didn't like it at all, especially Saigon. Too dirty, dusty, crowded, poor. Merchants grabbing your arm, pushing their products under your nose. The market was a horrible experience. We could hardly move between a human sea. Was it my anxiety about my mother’s health that shadowed my appreciation of new place? 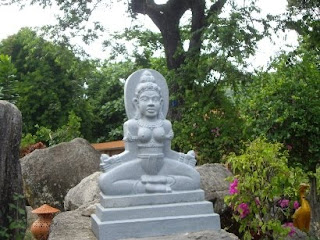 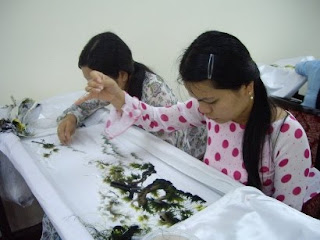 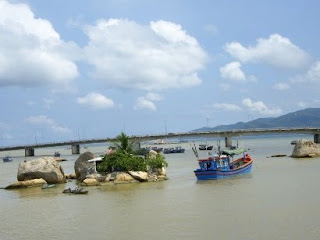 We had two more stops in Singapore, a modern, very clean place, where the weather was so stormy we hardly saw anything. And finally, Bangkok where I had one of the most horrible experience of my life.

In the bus taking us to the hotel, a man collapsed with a heart attack in the row just behind me. While waiting for an ambulance that arrived after half an hour, three volunteers did CPR on him, to no avail. After the doctor checked his pulse, we evacuated to a different bus while the ambulance transported the man and his wife to a hospital. An hour later, I heard he never recovered. In Bangkok, I didn’t feel like leaving the hotel and kept thinking about our traveling companions who enjoyed a wonderful trip and then…

How often have we started a project with a bucket-load of enthusiasm and fun until something unexpected interrupted our happy experience? An illness, a loss, a fall, for us writers a rejection letter, a computer’s crash.

Isn’t life strange? Have you ever experienced that uneasy feeling that you have to pay for everything in life?

Mona Risk writes romantic suspense for Cerridwen Press: To Love A Hero and French Peril; and medical romances for The Wild Rose Press: Babies in the Bargain and Rx for Trust. All her books are available at Amazon.com
www.monarisk.com
www.monarisk.blogspot.com

Email ThisBlogThis!Share to TwitterShare to FacebookShare to Pinterest
Labels: Babies in the Bargain, Cerridwen Press, French Peril, Mona Risk, Rx for Trust, The Wild Rose Press, To Love a Hero

Fantastic photos, Mona! Thanks for sharing!

Cate, thanks for having me on your blog to share my memories about a fabulous trip to to the Far-East.

Thanks for stopping by, Susan!
And thanks for being my guest today, Mona. Your travels sound fantastic, though sorry this trip ended in a scary way.

I know what you mean Mona. I know about paying.
but the pictures are amazing and you can remember this experience however you choose to, but someone could have a heart attack wherever we are. It sure does put a damper on things doesn't it.
I heard from someone else I know who went to Viet Nam who felt it was a sad, dirty, place, stuck in time and never to catch up. How sad for them.
So forget the end and keep the beginning of this trip in your mind!How was the food in these places?

How sad about your fellow travler. It just drives home the point that we eed to live life to the fullest while we have it.

Your pictures are breath-takingly gorgeous. A great reminder about living life and experiencing all we can.

Mary, you are so right. Things happen at the least expected moment. Vietnam wasn't my ideal place to live. LOL

Debra, your words of wisdom are exactly what my DH repeats everyday. Enjoy life day by day, hour by hour. Don't cry about not selling enough books or not getting one more 5 x review. Just enjoy the thrill of holding your book, signing it for friends, smiling at a compliment. Yes, life is beautiful when we aresmart enough to enjoy it.