Short story to be part of fundraising anthology

On Sunday, I received a wonderful gift - a new contract! My short speculative fiction, Love and War, will be published as part of XOXO Publishing's anthology. 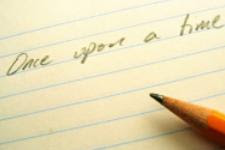 When then-President Bush declared the U.S. would invade Iraq, I became one of countless Americans glued to the television watching coverage. Horrified, I couldn't tear myself away. One night, I heard a distinct voice in my head say, "Turn off the war and come to bed." And so, Love and War was born.

Countless revisions later, the story remains important to me. Because it represented my objection to the war in Iraq, I wanted it to be part of an effort to give back. So it will be published as part of a fundraising anthology to benefit various charities.

At the end of last year, I'd also submitted a poem for an anthology for Little Episodes. I returned that contract too. Little Episodes' aim is to raise awareness of addiction, depression and mental illness through the arts.

Great news, Cate! What a nice way to give back to the community, too.

Thanks so much, Emma. It is gratifying.