In the Author Spotlight: Vogue

Cate: Please welcome Vogue. Vogue, will you please share a short bio with us?
Vogue: I am a graduate of Winthrop University, possessing a Bachelor of Arts degree in Social Work. I am originally from Greenville, SC, but currently reside in Rock Hill, SC. In my spare time, I enjoy blogging, live music, and hanging with friends. My debut novel, Diamonds in the Rough, was released on June 1, 2010.

Cate: Tell us about Diamonds in the Rough and where it's available. 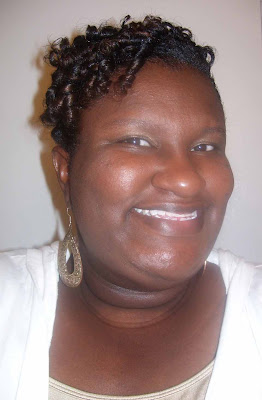 Vogue: Diamonds in the Rough follows the life of Carmen Davenport, a twenty-one year old college student who was born with a silver spoon in her mouth. After meeting a Puerto Rican drug lord by the name of Jay Santiago, she gets a taste of the criminal world. During their courtship, she inherits her mother’s clothing store, Flame, which she learns is heading towards bankruptcy. Too ambitious to allow her dream to go down the drain, she begins grabbing at all lifelines possible to save the company.
You can purchase a copy of the book from barnesandnoble.com, amazon.com, booksamillion.com, or passionatewriterpublishing.com.

Cate: Please tantalize us with a story blurb or excerpt.
Vogue:
Chapter One
February

Carmen listened intently as her father read from the newspaper.
“Davenport’s company has grossed over four hundred million dollars in revenue this year, making this real estate company one of the biggest that Brookstone has ever seen,” he read. Carmen’s father looked up at her with his dark brown eyes shining. A smile flew across his face. “This is why I’ve been working so hard lately,” he said, picking up the paper.
Carmen smiled at her father’s success and took the newspaper out of his hands. His picture was on the front, shaking hands with a stocky white man. She couldn’t help but smile harder seeing him there.
“Well, if it isn’t Mr. Harold Davenport, big time real estate agent,” she said, picking at him. Her father chuckled at her response and grabbed the paper back from her.
“Your mother cannot argue with me about those late night meetings anymore. According to this paper, I’m on my way to becoming a billionaire,” he said, holding the newspaper up.
Carmen smiled. She knew her father wasn’t going to brag without throwing some sort of life lesson up into the mix.
“I mean, money ain’t everything. It pays the bills, and it’s definitely paying my daughter’s tuition to Brookstone University.” 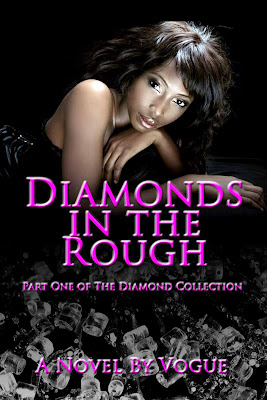 Carmen took a deep breath as her father mentioned college. He had just reminded her that she had class at one o’clock. In other words, she was going to be spending the afternoon sitting in on another lecture. She would have much preferred going in a few hours early to her mother’s clothing store, than going to class. “At least you’re telling the truth,” she replied, agreeing with him.
“I think your mother should plan a party in my honor. Invite a few of my co-workers, some of the church members. We can have it in the pool house. You can even invite some of your college friends if you’d like. You think she’d do it?” Her father asked.
Carmen shrugged her shoulders, not knowing how her mother, Patricia, would feel. For the past two years, her mother had been complaining that her father wasn’t ever around. He was all wrapped up in his business. The party didn’t seem to be a good idea to pitch to her mother.
“Don’t tell me you’re taking her side,” her father said jokingly.
“I haven’t said anything,” Carmen said with a laugh. Her father smiled at her, but Carmen could see it in his eyes that he was worried about her mother’s take on the praise he was getting.
“You want to get some lunch?” he asked, changing the subject. Carmen’s father did not like thinking about the arguments he shared with his wife, especially when it was tied to his business. They both were entrepreneurs. So, Harold figured that his wife would understand his career, before anyone else would. However, he had spent many nights lying in bed next to her, often heated, because she claimed he spent too much time away from home. Now, it was obvious that his hard work had paid off.
“Um...I don’t know. I was kind of planning on going to campus early today. Tiara has a class that gets out at 12:15,” she told him, mentioning her best friend.
“Oh, Lord,” her father said, rolling his eyes. Tiara had been Carmen’s best friend since they were in middle school. The girl had issues even then. Tiara was always the fast one, trying to get with any and every guy. She wore too tight clothes, although she had a very lithe frame. Harold knew from the first time he saw Tiara that she was trouble. So, it was no surprise when his wife informed him that Carmen had started coming home with stories about Tiara going into the boy’s bathroom.
“Daddy, don’t,” Carmen said, jumping to her friend’s defense.
“Hey, you were the one that came home when you were in the sixth grade saying that you saw Tiara go into the boy’s bathroom just to come out with her skirt half up.” Her father shook his head at the thought. He found himself remembering how he had prayed every night, since he’d heard the story, that his daughter wouldn’t become loose. He was glad to know that Carmen was a junior in college and still a virgin. He knew he couldn’t protect her forever, but he had protected her for a long time, a very long time.
“She’s still my best friend, though,” Carmen reminded him.
“So you’re going to skip out on lunch with me? I’ll take you to Cipriani’s,” he said, begging for her company.
Carmen shook her head and hopped off the stool. Cipriani’s was one of the most expensive Italian eateries in Brookstone. She didn’t feel like being with her father and listening to him rant and rave about his article in the paper. He had plenty of articles already in the paper before this one. However, it was this particular article that labeled him as a multi-millionaire.
“I’m not feeling it today,” she announced, grabbing her tote from beside the refrigerator. She could see the disappointment in his face. Carmen tried to pretend as if she didn’t.
“Okay, well, I’m going to go ahead and head in then,” he said, getting off his own stool.
Carmen watched as her father folded the paper back and left it on the counter. He left the kitchen. The house seemed quiet the moment he left the room. She knew her father was happy about the praise he was getting, but Carmen didn’t want to be known as a rich man’s daughter. It was bad enough in high school. That’s when her friends discovered that her mother was the woman who designed the clothes they were wearing. Carmen always got teased for being stuck up and thinking she was all that, despite the fact that she never exhibited it. It was Tiara that did. Tiara was the one with the parents who barely made ends meet.
Carmen grabbed her keys off the counter and exited the kitchen, hearing her father coming down the steps.
“Have a good day, Peaches,” he said, opening the door for the both of them.
“You, too, Daddy,” Carmen said, going in front of her father. She walked down the steps of their house and listened to her father’s heavy footsteps behind her. She was a daddy’s girl at heart. Her mother even knew it, so it was surprising to her that she turned down his lunch offer. Carmen watched as he got into his Mercedes Benz and started it up. She paused, thinking a little bit more about his offer. She decided to continue on to campus, instead of telling him that she had changed her mind. She said a quick prayer as she slid into her Lexus and closed the door. Carmen would make it up to her father, but she didn’t know how just quite yet.
Cate: Can you tell us why we're going to love your hero?
Vogue: Carmen Davenport represents all the people who are striving to achieve a goal. Throughout the book, she displays an overly ambitious spirit which will hopefully encourage people to follow after their dreams.

Cate: Tease us with one little thing about your fictional world that makes it different from others.
Vogue: The book’s genre is urban fiction or street lit. Most books in this genre feature characters that are born in harsh environments without good support systems. In my novel, Carmen is born into a wealthy family and has very supportive parents. Her father is a real estate tycoon while her mother is the original owner of Flame, Inc.

Cate: What's next for you?
Vogue: Diamonds are Forever is the second installment of the series, which should be available later in the year or at the beginning of 2011. I am currently rewriting and editing the fourth book in the series, Black Diamonds.

Cate: What inspired you to draft your first story?
Vogue: As an avid reader, I felt compelled to write a novel that was different than the books that I normally read. Instead of searching for that one book, I decided to write it.

Cate: Do you have a writing routine?
Vogue: Before I actually begin writing a novel, I outline each of the chapters. With a ten book series, I have to remember specific details of each book that might impact the book(s) that follow.

Cate: Where can you be found on the web?
Vogue: My official website is www.simplyvogue.net and readers can also visit me on Facebook at www.thefacebook.com/SimplyVogue.

Cate: Is there anything you’d like to ask our readers?
Vogue: Of course, who is your favorite author and why?

Cate: Thanks for being my guest, Vogue! Best wishes.

Email ThisBlogThis!Share to TwitterShare to FacebookShare to Pinterest
Labels: Diamonds in the Rough, Vogue