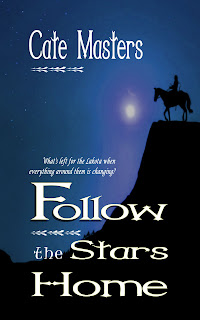 In its review, The Pen and the Muse said:
"The subject here is so politically incorrect in our present day, it is hardly possible for moderns to contemplate what was done to our native peoples in the name of integration & homogenization back in the 1800s. From my reading, Masters’ tale doesn’t begin to tell of the horrors of many of such so-called ‘schools’ of that time. I know many punishments & deprivations were much worse than described here. The problem was also that once educated & ‘assimilated’, these native Americans were still reviled & relegated by whites, to the ‘back of the bus’ so to speak, for many years after this period.
Still, Masters gets the point across that these proud people were forced to ‘forget’ their heritage, by well-meaning but misinformed & misguided do-gooders of the day.
The love story between Black Bear and Quiet Thunder is tenderly told, and well-written. From their feelings for each other, their land, families & way of life, we are able to recreate a time & place that most modern readers would not be familiar with. It is a good read, but if I have any criticism, it is that in an attempt to show what is happening to Black Bear & Quiet Thunder simultaneously, I had to go back to find out whose head we were in at various times. I ended the story hoping the two lovers would be able to bridge both worlds in an uncertain future for their people."

Thanks Pen and Muse! I'm glad you enjoyed the story of Black Bear and Quiet Thunder.

As for this particular boarding school, I was unable to find any account of worse abuse. Historical fiction shouldn't take liberties with facts. Though my characters themselves were fictional, the events were from accounts I uncovered through research.

It is a complicated, difficult subject, but I hope I did it justice.