Gianna Bruno in the Author Spotlight

Snowbound with Gianna Bruno
Snow covers my downstairs windows, blocking the view. A kaleidoscope of memories sparkle and dance in the shimmering drifts. The weather seemed colder back then, the mounds of snow deeper. I recall many warm moments with friends and hot nights with lovers.
Ice storms burnished black and white days with a glimmer of silver, and whatever light there was reflected off a world encased in a clear, glistening mantle. Walking, driving, doing anything was treacherous. I mourned cancelled basketball games as a teenager, battled to get to work as an adult. But the beauty of nature, particularly in winter, impressed me then, and it still does.
Before global warming and the advent of "green winters," it snowed all the time in Vermont. A little every day, in between wicked storms. French Olympian Jean Claude Killy once quipped that the coldest place he'd ever skied was Mount Snow in January. I personally dared go to the top of Haystack Mountain when the wind chills were so far below zero there was no sound, no movement, nothing but me, in a vacuum, fighting my way down and the wind pushing me back.
That day was immortalized in my novelette, Hot Chocolate Kiss, along with a few other extreme experiences I've had over the years. Milena, my heroine in The Journey, finds the portal to the Forest Otherworld while walking through a snowy forest.
In late January we'd have a thaw, take a breath. Then, in February, the snow would start all over, continuing into April. If we stopped functioning, we stopped living. School was in session on all but the worst days. We got to work late, but we got there. The road crews got Routes 9 and 100 clear so skiers—our lifeblood—could get to the mountains.
We didn't complain, though we looked forward to mud season when it started to melt and the Deerfield River ran fast and furious through downtown Wilmington. Killington mountain closed on June 1 one particularly snowy winter.
2010-11 is shaping up to be one of those years, with record snowfall along the Northeast coast of the United States. But I'm nowhere near my beloved Green Mountains, rather in New York City where they simply do not know what to do and how to behave when Mother Nature bestows such backhanded gifts.
Like the thrill of waking up next to my then fiancé, snowed in, to hear the radio announcement that both our offices were closed. We snuggled in for the rest of the morning and generated some of our own heat before digging out and spending the afternoon sledding like all the other kids.
I escaped a dying marriage, with a new boyfriend, by fleeing gray, concrete canyons to snow kissed Wilmington. We got to know each other real quick in front of a red hot woodstove, not even caring that television reception was disrupted by an iced over antenna. The next day we skied as if pursued by mad dogs, tackling waist high moguls on Mount Snow's Jaws of Death.
The mountain beat us that day, sending us home with bruised backsides. Symbolically, the relationship ended during mud season on another double black diamond trail at Killington, Outer Limits. Rain poured down that April 2, and the snow melted under our skis. Mother Nature was moving on, the seasons were changing in front of our eyes. Not even the hot tub could rekindle that winter romance.
I took another ski bum to my favorite haunts in Southern Vermont a few years back, and we've returned many times as husband and wife to introduce our kids to the pleasures of being outdoors.
Even though we live in NYC, every snowstorm is an opportunity to fall in love again, build a snowman, go sledding or skating in the park, cross country ski past stuck plows and weary neighbors digging out plowed under cars. Dirt, grime and uncollected garbage disappear, even if only for a little while.
I never tire of seeing pines, their branches so laden with snow they kiss the ground. Icicle daggers hang off windowsills, roofs. A virgin expanse of park land beckons the morning after the storm. Even if I can't see out my window.
What are some of your fondest winter memories?
Gianna Bruno
http://giannabruno.blogspot.com
http://www.eternalpress.biz/book.php?isbn=9781615722488

Hot Chocolate Kiss
Blurb
Keela Branford’s passion for extreme winter sports, fueled by anger at a cheating soon to be ex-husband, drives her to brave sub-zero wind chills and break a lot of rules--including the one to never ski alone. There are just some battles that have to be fought despite the risks. 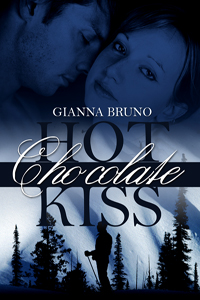 Keela doesn't think much of Rick Marston, a ski lift attendant who is brazen enough to question Keela's judgment. And she thinks even less of his invitation for a drink when she comes down from the summit. She's sworn off controlling jocks like her ex, and is determined to exorcise the demon of self-doubt inside her. Will Keela win the battle against The Witches waiting for her on the ski slopes? And will the heat between Keela and the man who gets in the middle rout them for good?
Excerpt:
The blonde perched on a stool wore boots that looked like she’d strapped a husky dog to each leg. Keela doubted she had ever skied in her life. That sleek blonde ponytail wouldn't fit under a helmet, and she'd freeze her perky tits and tight ass off wearing that pink fleece jacket and black spandex pants.
She prattled out the usual disclaimers while processing the credit card transaction. "No refunds for conditions. The gondolas are closed due to high winds. Only the open chairs are going to the summit, and we might have to close them as well. The ski patrol has put up an extreme weather alert: no exposed skin, take frequent re-warming breaks."
Keela tried not to sound bitchy. This wasn't one of Ken's girlfriends. The kid was just doing her job. "Thanks for the tips."
After securing the $75.00 ticket on her parka and putting on every piece of protective equipment in her pack, she waddled out the door like a stuffed pig, sweating like one, too.
She knocked the ice off the bottom of her boots with her poles and clicked into the bindings. No matter who I’m with, it’s always me against the mountain—alone.
Keela skated over to the lift where the same guy she’d met outside the can was working. "It’s the Tuckerman lady." He winked and guided the chair under her butt.
She couldn't see the rest of his face but imagined him licking his lips.
The lift swept her up, and he called out, "Seriously, be careful. I’ll buy you a Hot Chocolate Kiss when you come down from the summit, sister."
I don't think so, dude. No more being treated like a buddy who happened to have a receptacle instead of a plug. No more schlepping boots and ski equipment, plus a backpack full of camping gear to the summit of Mount Washington, dodging rockslides and avalanches, to ski Tuckerman Ravine. No more romantic nights crammed into a lean-to, surrounded by a unisex cadre of other idiots, with a sleeping bag, thermals, and Gore-Tex to light her fire.
Trailer: http://www.youtube.com/watch?v=BOsdKLtSaGE
Buy link: www.eternalpress.biz/book.php?isbn=9781770650268
The Journey
Blurb
They don't hang witches in Salem anymore, but Milena's punishment is being shunned. When her lover Thomas' ship is lost at sea, she fears he perished with the rest of the crew leaving her alone in a town bracing for a war over slavery, but still rife with an older form of prejudice. 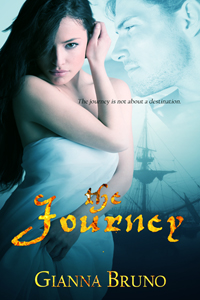 Milena travels into the Forest and Sea Otherworlds to search for him, paying the fairies for her passage with bodily pleasures. Circe, the evil mermaid holding Thomas hostage, demands even more. She faces off against Circe in her underwater lair, endures the wrath of a colony of escaped slaves, and learns the terrible truth of what led to the shipwreck that left Thomas as its only survivor.
On the long journey, Milena learns to use her powers in ways she never imagined and discovers surprising truths about her own past. Left questioning everything she has ever believed, she must make the choice whether to return home with Thomas or stay in the Otherworlds forever.
Excerpt
Milena prepared a place on the floor, but before she could lie down, Hecabe's chanting and rocking began anew. Her eyes opened and stared into Milena's.
A male voice spoke. "Meet me in the forest. I have news of Thomas. Time grows short."
Milena's hands shook as she pulled on her boots and drew a cloak over her nightdress. Why had she not sought Hecabe's counsel sooner? She ran into the woods, fearing it might already be too late. Dead branches snapped under her feet. Clumps of wet snow fell from the pine boughs and landed with a thud on the sodden earth. A flock of bats flew overhead, headed for the safety of the thick forest growth.
Mist rose from the snow. Fairies materialized and swarmed around her; the furious beat of their wings raised a high-pitched whine.
Half as tall as she, they seemed fashioned out of silver strands of gossamer, clothed in cloaks of snowflake lace. Females, Milena surmised noting their firm, full breasts and silver haired pubes through the translucent garments.
The fairies surrounded Milena and guided her along the path for a good distance, until her feet were soaked and freezing.
A male fairy appeared, clad in the same lacy garments. Two heads taller than the females, his organ dangled nearly to his knees. A deep growl vibrated in Milena's ears raised a spiral of fear along her spine. He smacked his lips like a pig at the slop trough.
"I am Hamil, the guardian of the Forest Otherworld. Fear not, sister. I mean you no harm. You have prayed to the goddesses for news of your lost one who lives still. The creatures of the Otherworlds have conducted his pleas to you, over sands, oceans and through the woods. We can take you to him."
His was the same voice channeled through Hecabe, another sign the fairy spoke the truth. Thomas lived, and she had to find him.
Trailer: http://www.youtube.com/watch?v=G00AmgDgT0I
Buy link: http://www.eternalpress.biz/book.php?isbn=9781615722488
Thanks for being my guest Gianna! Best of luck to you. I'm off to grab a hot chocolate. :)

Beautiful writing, Gianna! My fondest winter memory is when my husband stopped the car on a Colorado road with an elevation of 10000 feet. He made me get out into the cold even though I didn't have a heavy enough coat for the weather. Then he wrapped me in his arms and told me to look up. I'd never seen the Milky Way before.

Thanks for having me Cate. I just chiseled my car out, then arrived home to use a scmimitar to break up ice on the sidewalk!

Emma, what a sweet story. I'm sure at the elevation on a clear night it felt like you could touch the stars! So romantic!

Wonderful post. I grew up in Idaho Falls and we had a lot of snow when I was young. The neighbors froze over their back yard every winter and it was the local skating rink. Not romantic but a great memory.