My Sixties-era romance, Seventh Heaven, is now available on Smashwords for just 99 cents! Soon it will be available for Kindle too. Just waiting on the Amazon conversion.

While published with The Wild Rose Press, it topped the bestseller list. I'm grateful to this publisher for believing in my work. Seventh Heaven was my first published ebook. 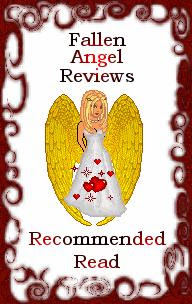 Fallen Angel Reviews rated it a Recommended Read. Other reviewers have called it “a wonderful story”; “an uplifting romance set in a turbulent, unique time period. I did not want it to end”; “a read that will leave you on the edge of your seat. The deep and powerful setting of this story had me wiping away tears while cheering James on”; and “This book brought about emotions that I found refreshing. Cate Masters is a gifted writer who wrote this book with talent and marvelous imagery. I could almost see, taste, hear and touch what was occurring in "Seventh Heaven." If you are looking for a book with a wonderful plot that is very well written as well as being entertaining, "Seventh Heaven" is the book for you.” 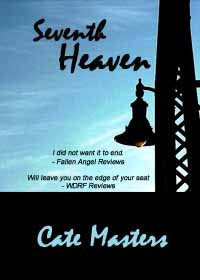 And an excerpt:
James stood in the open doorway. The choker gleamed from his neck. “I came by to say thanks.”
The distance she’d felt between them last night was gone. His warm eyes searched hers, reaching again for a connection.
“I didn’t know it was you.” She stepped from behind the counter. No more barriers between them.
He closed the door. “So. Thanks.”
“You’re welcome. It looks good. It’s an–”
“An ankh. I know.” Something seemed to be holding him back, but somehow she knew she must be patient, and let him come to her.
“The Egyptian symbol of eternity.” She didn’t know what to do with her hands, and her breath was jagged. “Sorry. I mean, Ben told us. It really stinks you’re leaving.”
He ran a finger across a glazed jug. “Bad timing.”
She clasped her hands in front of her. “I guess it’s never a good time…”
He glanced up and flashed a switchblade smile. “I mean, I wish we had more time.” His soft voice rushed at her like the wind and billowed the sails of her heart’s rocky boat.
The air thinned, seemed rarified. “Me, too.”
He stepped closer. Time felt maddeningly slow. She wanted to run to him, fill her arms with him.
Instead, she crossed her arms. “I hope you’ll write me, if you get a chance.”
“Yeah?”
He was within arm’s reach. His gaze flowed over her inch by inch, over every curve and hollow.
The floor needed sweeping. And needed to be smaller. Or his steps needed to be more expansive. “Sure, I’ll keep you up on the local gossip. Send you goodie packages.” A lock of her hair. A photo of herself so he’d think of her every day. And night.
His eyes locked on hers. “That’d be nice.”
“We’re going to miss you around here.”
“You will?” The timbre of his voice rumbled inside her like an earthquake.
With his last step, he was so close her skin tingled with his heat. “No one can make a margarita like you.”
He fingered her hair, tucked a strand behind her shoulder. “Come back tonight. I’ll make you all the margaritas you can drink.”
In her head she was already there, sipping at a wide-rimmed glass, serenaded by Dylan in the background, James attending to her alone. “OK.”
“See you about seven, then?”
She smiled. “Seven it is.”
He backed toward the door, slowly, as if still taking her in. The silver ankh winked in the light as he turned to leave.

More links to reviews and the trailer (another old one I need to update!) are here. Thanks, as always, for checking it out! :)