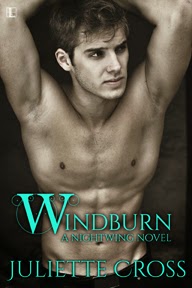 In the Gladium Province, the boundaries between humans and Morgons, the dragon-hybrid race, continue to blur as a new generation surrenders to long-forbidden temptation…

Sorcha Linden does whatever she wants whenever she wants, and no one can stop her. Least of all a man. After all, they’re good for only one thing—warming her bed. But then she meets Lorian, brother of Lucius Nightwing. Seductive and iron-willed, Lorian is determined to melt her emotional defenses—and warm her rebellious heart.

The beast within Lorian longs to cage Sorcha and mark her as his own. Forever. Yet the man within also longs to protect her. When a stalker starts leaving Sorcha suggestive gifts with cryptic messages bearing an ancient blood cult symbol, Lorian’s dragon side takes over. With her life at stake, Sorcha can no longer deny the love they share. But when evil tracks her into the night, will she be too late to claim it? 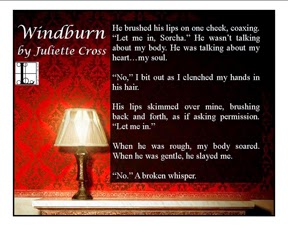 Throughout our discussion, Lorian hadn’t said a word. He tapped his forefinger on the glass-top table, an agitated movement. There seemed to be a consensus of agreement, whether he liked it or not. Finally, he stood and spoke, but not about the name.

“Ground-breaking for the site is tomorrow at ten in the morning. I expect you all there as news teams will be covering it. I expect everyone on time.” A malicious glare at me. “Dismissed.”

Willow and Belka gave each other a questioning look, obviously wondering how our first meeting lasted all of ten minutes. Like soldiers, we fell out toward the door. Fast.

“Ms. Linden. I’d like a word with you.” Hard, grating words.

I swiveled, catching Fallon’s sympathetic smile as he passed. Marching back, I stood in front of Lorian. He said not a word, hard gaze meeting mine, towering above me. Knowing he wanted privacy, Willow closed the door behind her.

I waited, back straight, chin set at a defiant angle. I only came to the top of his chest, but it didn’t faze me in the least. I imagined what it would be like to be covered by all of that hard muscle. His biceps and forearms flexed from tension. Rather than frighten, I longed to trail my fingers up them to see if he would relax under my touch.

“Ms. Linden, you came highly recommended, but don’t think because your best friend is married to my brother I will be lenient with you. I expect my employees to be on time, every time. Not one minute late. Not two seconds late. Am I clear?”

I bristled. “Crystal. Am I dismissed, Mr. Nightwing?”

Oh, yes. He caught the slight dip, the edge of sarcasm and defiance leaking into my voice. Big boy didn’t like that. A wonderful shiver rippled down my body.

“Be sure you take a shower before you show up for work.”

“I can smell a man on you.” He leaned forward, fury lining his face in hard edges. “And I can smell everything you did with him last night.” Steely, steely words. Oh, he was so pissed.

I’d forgotten about ultrasensitive Morgon senses. Oops. I opened my mouth to make a snarky remark, but what could I say? He was right. And though it was none of his business, I still didn’t want Lorian knowing I’d had sex last night. Oh, hell. Nor did I want the rest of the damn team knowing. No wonder the men were looking at me as if they knew a secret. I’d just broadcasted to the lot of them my extracurricular activities. Heat flared in my chest as embarrassment swept through me, a sensation I rarely experienced. My attempt to transform going-out Sorcha into professional Sorcha this morning did no good, because they still knew I’d recently stumbled from another man’s bed. A flush of heat crawled up my neck.

“My private life isn’t any of your damn business, but I’ll be more sensitive to your animal senses in the future.”

“My animal—?” he stammered. His eyes narrowed, jaw clamping shut.

“Why don’t you just stop sniffing around me?” He didn’t retreat when I edged into his personal space.

“Trust me. If I could toss you out the door, I would.”

I tilted my chin higher, a clear challenge to Lorian. I tucked a loose curl behind my ear. His intense gaze followed my hand, lingering on my cheek before landing on my lips. I moistened them. Lorian’s whole body jerked as if he’d been slapped. Wild eyes captured mine.

“Be at the building site at ten sharp. Don’t be late or you’ll regret it.”

I leaned over to grab my portfolio and bag, my breasts nearly brushing his arm, but he moved just in time.

I whispered my response. “I’m shaking all over, Mr. Nightwing. Something makes me want to be late so I can see what kind of punishment you’d have in mind.” I shocked him into silence, then gave him my best bedroom smile. “But I’ll be a good girl.” I swished toward the door, feeling his eyes following every sway of my hips. “For now.” 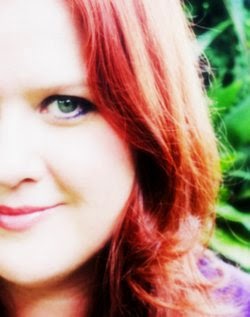 Juliette calls lush, moss-laden Louisiana home where the landscape curls into her imagination, creating mystical settings for her stories. She has a B.A. in creative writing from Louisiana State University, a M.Ed. in gifted education, and was privileged to study under the award-winning author Ernest J. Gaines in grad school. Her love of mythology, legends, and art serve as constant inspiration for her works. From the moment she read JANE EYRE as a teenager, she fell in love with the Gothic romance--brooding characters, mysterious settings, persevering heroines, and dark, sexy heroes. Even then, she not only longed to read more novels set in Gothic worlds, she wanted to create her own.

Mine hit my Kindle this morning :) Congrats Juliette! Can't wait to read this

congrats to Juliette. That is one lovely cover.

Congratulations, Juliette. Best of luck on your release.

I have't read anything by this author, but I wish her the best of luck! Sounds like an exciting book.
~Jess