I gave a sneak peek to those who joined in my Author Spotlight on Decadent Publishing's Book Club on Facebook, but here's a more complete cast.

Cursed is a paranormal romance set in Venice during the 10-day festival called Carnevale, so for much of the story, the hero is in full costume. For good reason -- Bruno diCesare is mysterious because he's hiding a secret. By the end of the story, you understand why he only mingles with people during the masquerade festival. 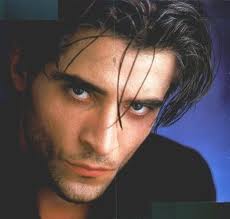 Bruno diCesare is cultured, intelligent, and honorable. But he's also lonely, a bit bitter, and thinks himself unworthy of lasting love. Why? He's an alpha male plus some. I can't say much more or it would be a spoiler. :) When he first sees Melina, he's mesmerized by her fire dance. Later, after he gets to know her, he's smitten by her wit, beauty, charm and innocence. He's also fearful of what he might do to her.

Goran Visnjic is Bruno. He first charmed me with his bad boy role in Practical Magic. If you haven't seen it, go grab a copy. This photo's a great portrayal of his intensity and general smolder, lol. 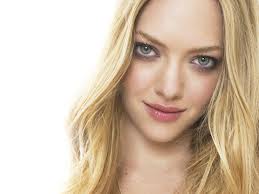 Melina Weaver's a bit of a geek, the girl who always had her nose in a book and was more interested in going to a museum than a party. Her curious nature is what led her to become a genetic scientist, but it's also what might ultimately put her in harm's way. Long hours at the lab mean little socializing. To counter her dull existence, she takes up fire dancing. Carnevale seems the perfect place to show off her skill.

When she meets Bruno, she senses the alpha male hiding in the masquerade costume. His full-face mask allows her only to see his eyes - eyes that alternately reveal pain, and desire. She has little experience with men, but takes a chance and invites him back to her room. Once she enters his world, there's no going back.

Amanda Seyfried is the perfect Melina. 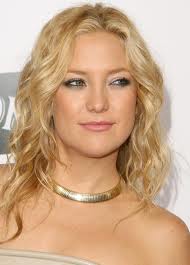 Elda McVickar was a fun character to write. A sorceress in love with Bruno, she has a seedy side as well. Her hunger for power overshadows her love for Bruno, but she's not above throwing a few twists into the mix.

What's that? You say she resembles Melina? Hm, interesting.... :)
It does play into the story near the end. And the resemblance is only on the surface. Eldie doesn't mind using her manicured nails to claw her way to the top, or digging them into a competitor's flawless face. 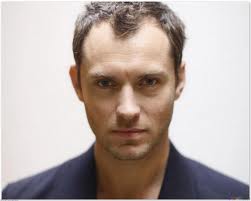 Philip Wellington, Melina's supervisor at the lab, has a small but important role. Melina once considered him attractive but his professional demeanor changed her mind. Cold and calculating, he focuses only on profit. He cares nothing about his employees' feelings, only on results.

Jude Law has played such characters very well, and was always Philip in my mind.

There you have it - the cast of Cursed.  There are a few other minor players, of course, and in the second book, Charmed, the cast will expand. I can't wait to reveal it! :)

Thanks for checking out my casting call for Cursed!

Cursed in the Spotlight!

I am so lucky to have so many wonderful friends who are willing to help spread the news of this week's release of Cursed!

Today, I'm a guest at Lucy Felthouse's site, talking about playing with fire. I hope you'll pop in and say hi!

And Cursed is in the spotlight this week at GraveTells too. It almost looks like it belongs there - the colors are a perfect match. :)

I'm so grateful for my great friends Arlene Webb and Alex J. Cavanaugh for helping to get word out about Cursed too. You guys are amazing.

Today was the official release day for Cursed, but I'm so happy it's been out in the world for a few days already! A preemie, lol. Even more exciting, it launched Decadent's new Tease line! Cursed is under the Allure paranormal line. Look for more releases under Decadent's contemporary line, and its historical line. Coming soon! :)

As you might have guessed, today's jam packed with guest spots. And giveaway goodies!

and I'd love for you to check out my post at Daily Dose of Decadence:  http://decadentpublishing.blogspot.com/2013/04/love-can-change-destiny.html

And till the end of the week, I'll still be over at the Decadent Tease blog at http://decadenttease.blogspot.com/2013/04/get-cursed.html with a giveaway of any backlist Decadent book. And still pouring champagne. :)

And at Coffee Time Romance (for half price!): http://www.coffeetimeromance.com/BookStore/pubs_product_book_info/decadent-publishing-c-93/cursed-p-9911
Because this is officially Release Week (yes, it gets capitalized, lol), the blitz has begun!

At the Decadent Tease blog, I'm holding a weeklong party!  Visit http://decadenttease.blogspot.com/2013/04/get-cursed.html and join in! Cursed launches the new Decadent Tease line, so it's even more exciting than a usual release. Come on, have a glass of bubbly!

Today I'm at Harlie's Books: http://www.harliesbooks.com/posts/introducing-decadent-publishings-new-line-teased-featuring-cursed-by-cate-masters-promogiveawayguest-blog/   talking about why you should be careful what you wish for (how many times did I hear *that* growing up? lol)

On Tuesday, I'm at Love, Laughter and Friendship http://maw25.wordpress.com/ with a fun post about geeky girls.

And Tuesday night, I'm one of the Decadent Tease authors participating in the Passionate Internet Voices Talk Radio station from 8:30 PM to 9:30 PM at  http://www.pwrtalk.com/

I hope you'll come join in the parties and general merriment!