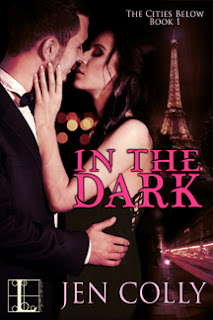 In the Dark
(The Cities Below, book 1)

Demons have returned, a vengeful enemy waiting to strike. Soren and Faith must find a way to survive the evil and darkness.
Faith's spur of the moment vacation, meant to free her and boost her spirits, has left her lost on the streets of Paris. And apparently, Paris is populated with something more than just humans. Vampires, suave, seductive and oh so sexy, and one such warrior vampire has set his sights on her.
When Soren hears Faith's terrified screams, he rushes in and saves her life without considering the consequences. Two problems: one, she's a human and clearly aware of his vampire qualities, and two, the men who attacked her were not men at all, but demons. Their target, his beloved underground city of Balinese. He can never let Faith go home again, but can she learn to love his people. . .love him? 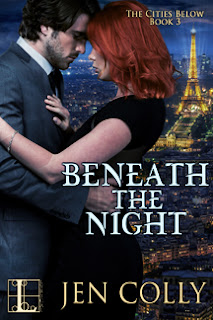 Beneath the Night
(The Cities Below, book 3)

Sometimes survival means surrendering everything . . .
Lord Navarre Casteel wakes from a long sleep to find the vampire city he rules forever changed and his future in the hands of a mysterious beauty who offers her life for his. Fiery-haired Cat survives his feeding, fueling Navarre’s body and mind—as well as his suspicion that she is one of the Forbidden—a lethal mix of vampire and human blood. Yet that doesn’t stop the throb of Navarre’s desire, the feeling that she is destined to be his mate, to hell with consequences. . . .
A solitary fighter sworn to protect the children in her charge, Cat never expects to feel so much for Navarre in the face of his savage feeding. Which is why his offer of protection is nearly her undoing. For how can she let down her guard when she has always walked alone? But Cat has never faced an enemy like the one she faces now, never felt such a powerful need to surrender to the force of love . .

Email ThisBlogThis!Share to TwitterShare to FacebookShare to Pinterest
Labels: Beneath the Night, cover reveal, In the Dark, Jen Colly, Lyrical Press

The Icehotel is open! 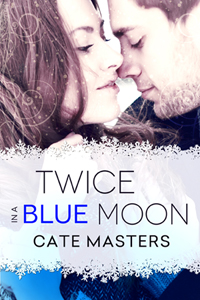 The day I happened to notice that Kensington Publishing had put Twice In A Blue Moon on sale for 99 cents, I also came across an article that the Icehotel had opened for the season.

If you've never heard of the Icehotel, then check out the site here.

Better yet, read Twice In A Blue Moon! One of the last scenes is set in this amazing, temporary lodging made of ice and snow. Much of the furniture is carved from ice and snow, and incredible ice carvings are backlit throughout the Icehotel as decoration. Even the serving glasses are molded from ice. Best of all, visitors get a nightly light show courtesy of the Aurora Borealis.

I doubt I could ever convince my hubby to go there, so I contented myself with researching and writing about it.

I'm not sure how long the sale will run, so hurry and pick up your copy today from Amazon or Barnes and Noble.

You'll want a heartwarming romance to ward away the frigid chill!