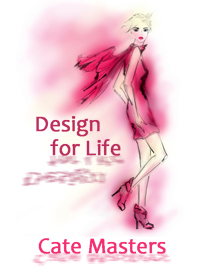 Available on Smashwords
and for Amazon Kindle

When Becca Lyndon puts her dreams on hold, could she lose them?
Three years earlier, art teacher Mike Hunter criticized her work. When he substitutes in Becca’s night class, she’s surprised to see him again. And even more surprised when he invites her out.
When her trust in him wavers, she’s determined not to let the design for her life unravel again.
She also learns that one door might close, but another can open—and lead to unexpected opportunities.

Reviews
Ok, So I'm a softy and I love a story that gets me a warm and mushy inside and this one totally did it. I LOVE Ms Master's ability to make me feel the ups and downs along with the characters. It makes for a really good read.
Sweetly Reviewed - 17.5 out of 20 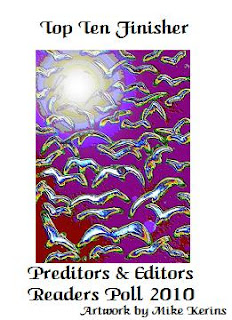 I love a story with an artsy angle. Real people who remind me of my friends fill this story. Cate Masters’ novella brings in characters I felt like I knew all along and a sense of being in the small town with them. When I sat down to read this story, I found myself transported to Almendra and the Flower Basket.
If you want a story that will stick with you long after the last page, then you need to read Design For Life.
Long and Short Reviews - 4 books

The door creaked as Becca eased it open, and her stomach churned. At five foot ten, she had trouble remaining inconspicuous. Her height and auburn hair had always felt like a double whammy—the combination made her stand out in any crowd. She couldn’t risk angering Mrs. Leonard. A big percentage of her overall grade depended on the presentation. For the past month, she’d concentrated on it every spare moment, but those moments were few and far between. Tonight, she had to dazzle them.
Her classmate Andy White stood at the podium in front, his sketches on the easel, his presentation already in progress. Only a few heads turned as she slipped into her seat with a breath of relief.
Their teacher’s desk sat empty. Strange. Being eight months pregnant, Mrs. Leonard normally didn’t stray far.
On the blackboard at the front of the room, a name was scrawled in chalk—Mike Hunter. A nerve pulsed in her throat. It couldn’t be. As she scrunched in her seat, she leaned her chin against her palm and peeked through her fingers.
A few classmates partially blocked her view of the man. Perched on the windowsill, head down, he jotted notes on a pad. During her senior year of high school, another substitute teacher named Mike Hunter subbed for the art teacher who’d resigned abruptly. For five months, all her classmates talked about was Mike Hunter, in the lunch room, at the lockers, even during gym. Fresh from college, he’d accepted the position while job hunting. Every girl had a crush on the young substitute.
Every girl except Becca.
More than anyone else’s in her class, he’d focused on her sketches, and spent extra time critiquing her artwork. When she thought she’d mastered a concept, he pointed out the flaws. He seemed to have it in for her, always pushing her to do better after she’d slaved over her work. More than once, she’d grown so frustrated, she’d gone home in tears. Because of him, she almost decided against art school. For Becca, his intensity overwhelmed any charm he had. While other girls dreamed of being on the receiving end of his smile, she’d dreamed he would leave her alone.
Please don’t let it be that Mike Hunter. The extra pressure might prove too much.
With the stealth of a cat, she slid out her notepad and pen. She let her long hair fall forward and began taking notes as if she’d been there all along. Hopefully, this new teacher wouldn’t notice her tardiness. He couldn’t have memorized everyone already. To make herself less noticeable, she slumped further in her seat.
Andy droned on about his design, but she couldn’t decipher the main element out of all the jagged edges, none of which came together in a meaningful way. She glanced at her classmates, whose furrowed brows told her they were equally confused, then at the new teacher, who held a hand to his mouth as he studied Andy’s sketch with narrowed eyes.
Oh no. Her stomach clenched. The same intense eyes that used to assess her work so critically. The Mike Hunter who’d made her senior year a nightmare. 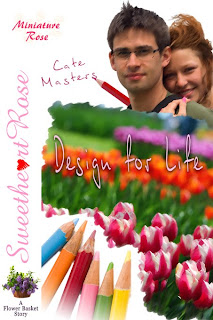 Thanks to The Wild Rose Press, which first published this ebook.