Yesterday: a Magical Mystery Tour of my youth

I joked to a friend of mine yesterday that we could teach the new Beatles course offered in London. He mentioned he'd met Shannon, The World's Greatest Beatles Artist, who recently received a two million dollar contract to paint Beatles portraits on the walls of the Hard Day's Night Hotel.
I heard the news today, oh boy... and it made me think of my high school sketches. I dug them out, and found they were yellowing and the paper worn so thin on some they were nearly transparent. So for posterity's sake, I scanned them. I thought it might be fun to bring you along on a little Magical Mystery Tour of my youth.
Some are better than others, as you'll see. 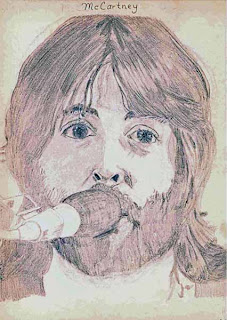 This portrait of Paul McCartney took me forever to do. You can probably see I had some trouble with the right eye, and nearly tore through the paper erasing it so many times.

This second one I never liked much. Didn't quite capture the McCartney magic. 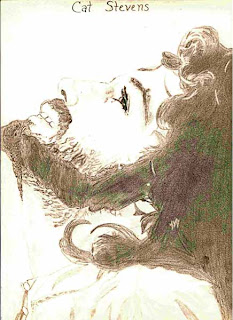 The Cat Stevens sketch above was always one of my favorites. Back when he was young and innocent. Before he condoned the call to assassinate Salman Rushdie.

I was rather proud of this Elton John sketch. It took forever, although I also had trouble with the eyes. 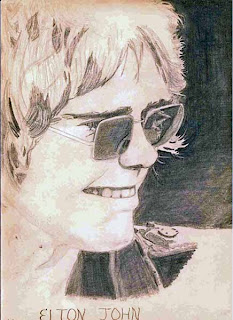 My friends and I idolized Carly Simon, as you might guess by these sketches. 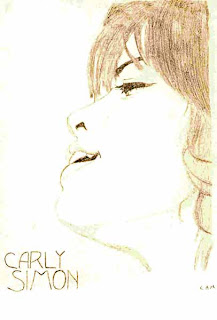 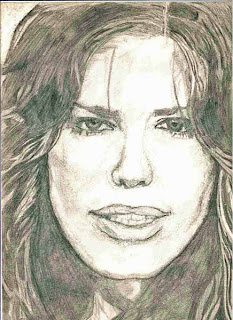 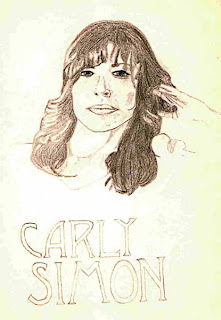 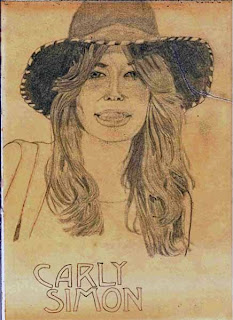 Stephen Stills was another favorite. 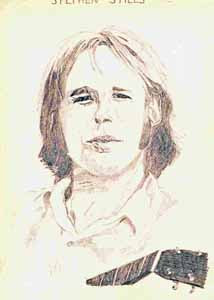 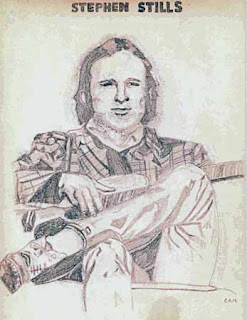 I'm not sure how Al Pacino fit in with this group. I think I saw this photo in a magazine and his intensity appealed to me. The resulting sketch resembled the photo quite a bit. 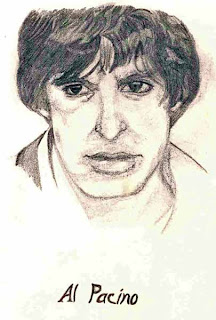 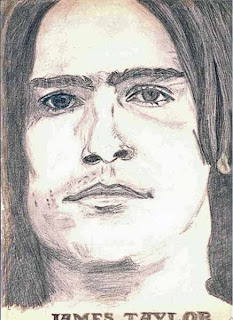 Judy Collins had a cameo appearance in my Vintage short, Seventh Heaven. I hope she doesn't mind! 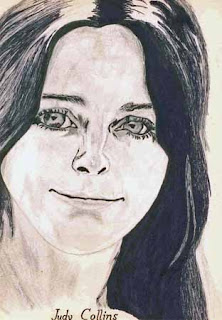 I also liked Carole King, but apparently not well enough to finish this sketch. 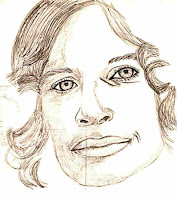 Same for poor George, although I think I couldn't quite get it right and gave up.

And this is either early early Springsteen, or some homeless guy. It's hard to tell. 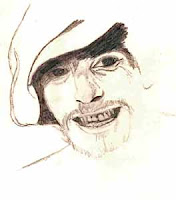 And this guy, hmmm. Well I know I was crazy about him. It's my hubby Gary as a teen, before I knew him. Not sure why I never finished it. Maybe the real thing was so much better! 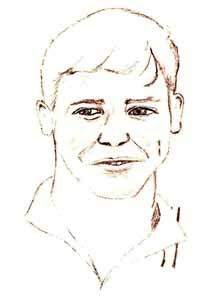 Guess I couldn't have given Shannon a run for her $2 mil. It's probably better I stick with fiction!

I think you have a wonderful website and I'm truly amazed with your sketches! They are wonderful!
We definitely have the same taste in music! Loved those late 60's and early 70's!

Wow - the first McCartney one, the Cat Stevens one, the Elton John one, the Stephen Stills one and even the Carole King sketch are really amazing. I'm so glad you scanned them so we could see them.

Thanks so much, Maggie! I'm so looking forward to having you as my guest this weekend! Music has always been a driving passion in my life.
Thanks Julia! Not a bad use of my teen years, I guess. :)

Wow, those are amazing. Wish I had your talent for sketches. The ones of McCartney, Cat Stevens (long before the name change), Elton John and James Taylor are super, but those of Carly Simon really brought back memories. I idolized her too. I used to sing "You're So Vain" endlessly. Drove everyone nuts. (Mostly because I can't sing.)

Me too, Laurie - that's why I only sing in my car!