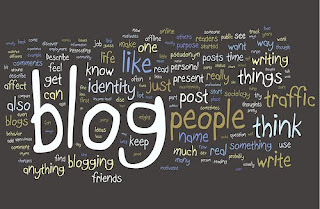 As I mentioned earlier, I signed up for the Authors Day of the Book Bloggers and Publishers Online Conference. Kudos to Terry Kate of Romance in the Backseat, who organized the innovative virtual event. Terry Kate’s a woman to watch! Since creating RITBS, she’s packed the site with amazing content, and reaches out to authors one on one.

Set up on a Ning site, the BBPCon offered panels in three formats: call-in, audio sessions via iTunes and text. Forums and chats were available so participants could interact, though these seemed limited to the day of the particular session, limiting interactivity.

Although the Authors Day was the last day of the conference, some of the earlier sessions were archived and I had access to them, which was great. Others didn’t play when I tried to listen, which was disappointing. Possibly a technical glitch, so I intend to check back, and hopefully the site will remain open awhile.

I listened to Friday’s audio session with Terry Kate and reps from Dorchester and Ravenous Romance (who was also an agent). This "Industry Bloggers" session lasted about an hour and a half, and provided info from a publisher/agent perspective.

Ravenous publishes 120 titles a year, and Dorchester publishes 60 a year. Both said blogs are just one more venue for information. Interestingly, Dorchester does not require authors to blog, and would prefer an author uncomfortable with blogging to better use their time promoting in other ways. 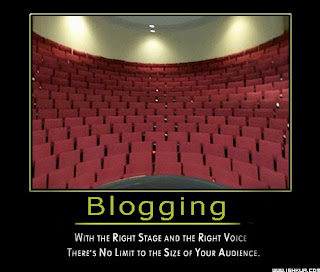 Because submissions have shifted to electronic means, both reps cautioned authors not to submit before doing your homework, to better target your submissions, and not waste your (or their) time. Both panelists agreed vampire stories have had their run. Shapeshifters and werewolves seem to be the next best thing. Zombies are also big, along with angels and demons. Ghosts are due for a run. So if you write to trends, those are the ones you should be writing in now.

Advertising has lost its impact. You can get a message across better through a blog and generate more interest than a print ad in a large newspaper. Banner ads have lost some impact, though certain sites with high traffic have success.
They recommended several sites for getting great industry info, such as GalleyCat and Publishers Weekly.

Ravenous Romance has begun using the Home Shopping Network to sell titles through, interestingly enough, and also has a deal in place now with Barnes and Noble to carry print titles. Exciting stuff! I love to see how this industry’s in constant evolution, and this is proof positive, to me, that ebook publishers will be as formidable in the industry as print pubs.

Not much else surprised me in this session. Blogs are obviously a great way for authors to get news out about their titles, they agreed. Also, blog commenting is a great way to be active in the authors’ community, but cautioned against promoting your own titles when commenting on another author’s blog (something I agree is distasteful, as is posting promos on another person’s Facebook wall. I remove those if it’s done to me, because that’s what your own wall is for, as well as the “events” function.)

So it seems blogs are basically a stream in an ocean of online information. Personally, I’d love to see more synthesis between all those myriad venues. I try to do that with my own news by posting it on my blog, which I then link to on Facebook, which is automatically set up to post to Twitter. I also have a Ning site, but so far have seen no real value in it, other than it's free and I used it as a pseudo web site until I built a real one. I have never quite figured out how to use it effectively, or use its features period.

I admit I haven't gotten the hang of Twitter yet either. It's definitely the last place I check for messages. Too many sites to check kill writing time, and I've tried to streamline as much as possible without sacrificing too much either way.

So. More tomorrow on BBPCon.

Ages ago I use aol. I have since run screaming from them, but at the time I found a number of cool features, including a "concert hall." They would have famous people "on stage" which was a window at the top of the screen. Everyone could read everything the person or people on stage said. Then there was an audience section, which was a screen underneath that showed whatever the people you happened to be grouped with had to say. You could chat with them in that row. There was a place where you could submit questions to the stage.

Did they have anything like that at the conference? It would be a great way to run one.

Cate, what great information!! Thank you so much for sharing! (and I absolutely love your blog!!!Wish I had your technical expertise!)

Hi Audrey! Yes, they had forums open for chat related to sessions (which were closed after the session ended), and a general discussion forum. There may have been others. I probably could have spent days exploring the site, but my eyes grew tired. :)

Hi Marianne! Thanks for the kind words. It's not so much expertise as experimentation. :) I just fiddle around till things work.

Wonderful information, Cate. As a marketing person, I agree with everything you said. It's vital to build a reader base. Blogs are just one way to achieve that. Thanks for sharing your BBP Conference experience.

Thanks Tiffany! Blogs are just one small piece of the marketing puzzle, it's true. Hopefully someday a quantifiable piece!

Lots of useful info packed into a concise post! It will be interesting to watch writer's e-conferences evolve along with the rest of e-publishing.