JE Cammon in the Author Spotlight 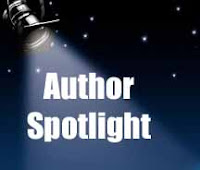 It was summer of 2009 when I began sending off my first submissions of that first iteration of Bay City, which was then titled Carnival Masquerade, inside envelopes otherwise filled with hope. I know this because I still have the first emails attached to correspondences bound for the houses that accepted electronic submission: “Hello, this J E Cammon;” “I am very enthused to introduce my novel;” “I look forward to hearing from you.” I was a few years removed from college, a few months separated from finishing the first of the early drafts, and a few days distant from even naming the thing. I was naive, to quote Ellison.

So I guess it’s a bit strange to say that I’m a writer, and yet be unprepared to say something, anything, when given my opportunity to speak. Perhaps that’s the difference between the professions of orator and scribe. Maybe it’s me admitting how green I still am.  I think back to what specific advice would have helped me all those different times when I was struggling, or self-deprecating, or procrastinating, or disappointed, or frustrated.. And there’s no one answer, thinking back; I needed something different each time. So, I’ll just tell you about my experience, and maybe some of it will be useful to you.

During the months-long process that carried me from “Okay, I think maybe this is… done?” to “Congratulations, we’ve chosen to accept your submission” I learned something new almost every day. I was very fortunate to have been possessed of the drive to keep writing, on shorter things, longer things, and even related things, so that when I got the opportunity to work with a copy editor and a publishing editor, I was a better writer. When the novel was rejected the first time as a serials submission to an online magazine, I combed through it with the memorable criticisms ringing in my ears. Then, when that copy editor of the publisher that accepted it spoke with me, I did it again. And again when that version returned from the publishing editor. Those repetitions, moreover with better eyes, helped a lot, too.

I have each of those versions saved in multiple places, but it would be a lie to say that I go back often and look at each of them for their obvious differences. I keep the lessons close at hand, though, and I’m extremely grateful for each of them. A friend of mine once told me that many writers abhor their first books, spend hours obsessing over the mistakes they made at the beginnings of their careers, which stamp into stone characteristics and tendencies that they would be known for even as they matured and changed. And after I got over my fear of never being published, that worried me a little, too.

But it worries me much less now, and I’m happy that this effort wasn’t flippant or hasty, that I worked tirelessly on it until I felt it was the best that it could be. And maybe that’s how all those other authors felt as well, but if these past few years have taught me anything, it’s to not disregard the significance of the next step, the next page, the next word. Take care of that, and the rest will take care of itself.
Visit JE at:
www.jecammon.com his website, or his blog: http://thought-drive.blogspot.com Check out his short stories: http://www.fictionaut.com/users/j-e-cammon
Where Shadows Lie

A star fall's light briefly uncovers the obdurate mask of evening over a world that looks suspiciously like our own. What it illuminates is the underbelly of an eastern US seaport, and the creatures hiding beneath in an effort to understand, belong, and simply exist. Who is David, and why is he so far away from his clan? Before Nick, his only friend was a vampire named Jarvis, however Nick's only gift seems to be a curse: to bring change wherever he goes, so maybe he isn’t much of a friend.
Where the three disparate souls find secrets, and answers to their questions, they also find a volume of yet more mysteries and it's possible that by story's end, all of them will have wished they hadn't been present on the evening when everything changed irrevocably forever. Is it worth trading everything to the darkness to know anything? After all, shadows lie, but what's a supernatural creature to do when where shadows lie is home?
Posted by Cate Masters at 7:31 PM

Welcome JE! Great post - sage advice for any author, to concentrate on craft. And congrats on your release!

Thanks to the both of you for reading and commenting, and of course you Cate for even letting in the door.

Happy to have you anytime, JE!