Kat Doran in the Author Spotlight 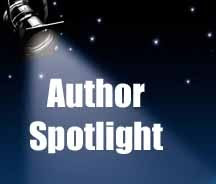 Cate: Please welcome Kat Henry Doran. Kat, please share a short bio with us?
Kat: Over the years I've had the honor to work at a number of occupations: operating room nurse, malpractice insurance investigator, forensic nurse examiner, victim advocate, wife and mother.
Even if I sometimes wish they'd remain in the closet, the years I spent in the OR and labor floor, and later advocating for victims of sexual violence, contribute significantly to the voice of my writing. You can't spend thirty years playing hand maiden and mind reader for egotistical surgeons, then twelve years haunting police stations, Emergency Rooms, and criminal courts and not come away with a sense of covert misogyny, rampant apathy, and overwhelming bigotry.
I retired my stethoscope and speculum a few years ago but continue to advocate, quietly, for marginalized populations through Amnesty International and Doctors Without Borders.

Cate: Wow, amazing experiences. Tell us about Embraceable You and where it's available.
Kat: Part of the Wild Rose Press’ Class of 85 series, Embraceable You is the story of Druzilla Horvath, Pulitzer Prize winning photo-journalist, and Rory McElroy, Sheriff of Bison County. Dru attends her 25th reunion to pick up the Eastman Award for excellence in community service but while covering a demonstration by Las Madres de la Plaza in Buenos Aires she uncovered a secret that a few Argentinian thugs would prefer remain buried. Rory is assigned to provide her personal protection during the Awards Banquet. One night, he is told, what can happen?

Cate: Sounds intriguing! Please tantalize us with a story blurb or excerpt.
Kat: Suddenly, Dru remembered the back-up phone tucked inside the double zippered pocket in her satchel, right beside the extra flash cards and rolls of antacids. Hot damn. All was not lost. With a grin, she hefted the bag over her shoulder and turned toward the bathroom. “I won't be long.” Before she made the first step, he slid in front of the door, blocking her access. “Give it up.”
Down to her last strike, she pulled the affronted female card. Granted, she used it maybe once in a decade, but Fiona was probably tearing her hair by now. “I beg your pardon?”
Leaning forward, he brought them nose to nose. “Play much poker, Horvath? Your face just lit up like the Fourth of July, which tells me you've got something more stashed in the tote. Unless you let me search it, it stays with me.”
Clutching the canvas bag to her chest, she sneered, “The only thing in here is my outfit for tonight, McElroy. If you think I'm parading around naked in front of you, one of us is a couple fries short of a happy meal.”
His response came in the form of another gimme motion with those thick, blunt fingers. “I'll close my eyes if I encounter any lacy unmentionables.”
She knew the instant he found the back-up. The screw-you look morphed into a smirk. “It's not wise to mess with Homeland Security, sweetie. Those guys eat small animals for breakfast.”

Cate: Love her feisty voice. :) Can you tell us why we're going to love your hero?
Kat: Besides that he's a ringer for Daniel Craig and fills out a tux just as well? Rory is twice burned in the relationship department and is in no mood to take a third trip down Attraction Alley. On meeting Dru Horvath again, he recognizes her as the girl who rescued him from grade school bullies many years ago. He simply is bowled over by her and doesn't know what to do or think or feel—not a comfortable situation for an experienced law enforcement officer. When she is, literally, wrenched out of his arms he does the only thing possible—wait. If Dru doesn't come back to him, he vows to track her down. He has the patience, drive and know-how.

Cate: Tease us with one little thing about your fictional world that makes it different from others.
Kat: I subscribe to the write what you know philosophy so all of my stories, no matter the length, will feature a combination of: a doctor, nurse, and/or physicians assistant; a cop and a victim advocate; an attorney either civil or criminal; and various members of society—not all of whom we would want our child to bring home for dinner. I like the research end of things even if it's sometimes uncomfortable. Example, for Embraceable You I researched Argentina’s Dirty War, genocide in the former Yugoslavia, and the House of Providence, a former residential facility in Syracuse New York for children who had no other place to go. All were terribly terribly sad.

Cate: I can only imagine. What's next for you?
Kat: I have plans for two different series, both romances, some will have a tinge of suspense or danger. The first is the “Those Who. . .” series, titles based on a Henry vanDyke poem. It is set in a fictional town of Easton on the shores of Lake Ontario. The characters are connected in some fashion to the local criminal justice system. The first in the series, Those Who Wait, was released by Decadent Publishing in September 2010. FMI: www.DecadentPublishing.com
The second series, still in my head, is “The Wild Things” and is based on members of a law firm who devote themselves to the little guy, those folks who make too much money to qualify for a public defender but not enough to afford a Dream Team defense. We don't have a publisher for this one yet.

Cate: Great titles. What inspired you to draft your first story?
Kat: This sounds so like Nora Roberts but it's the truth. It was February 1987; I received a birth announcement from an old friend. I sat down to write a response, catch her up on what was going on in my life. Twenty-seven pages of lined notebook paper later [my daughters still haven’t forgiven me for raiding their stash of school supplies] I realized what I’d done and said, 'Wow. Maybe I have something here.' The book of my heart took too many revisions to count, and under the title Try Just Once More was first published in 2007 and is now available at www.thewildrosepress.com.

Cate: Do you have a writing routine?
Kat: With the kids grown and gone, it's just me and the hubs. Two or three days a week I provide child care for my four grandchildren; the other four or five days are devoted to writing. I don't have a routine; I wake up when I wake up and set to work. When the dust bunnies announce their presence with authority, I've been known to tear myself away from the computer to silence them. And when the supply of clean undies dwindles to the last pair for him or me, I'll relearn how to use the washing machine. Between stories, I design custom order tote bags to customer preference. FMI: www.KatsKarryAlls.blogspot.com.

Cate: Where can readers find you on the web?
Kat: That's an easy one. My website is www.KatHenry.com. My blog, which I created all by myself is www.WildWomanAuthor.blogspot.com. It’s a beauty.

Cate: Is there anything you’d like to ask our readers?
Kat: I’d like to know what makes readers pick up a book. More important, what tips them over the edge and makes them want to purchase it.

Cate: Readers, Kat is giving away a copy [hard] of Try Just Once More to a random commenter... so start commenting. She'll pick a winner on Wednesday, April 27th, and announce the winner here.
Thanks so much for being my guest Kat! Best of luck to you.

Welcome Kat! Hope you're having a wonderful Easter weekend.

Just popping in with good wishes for you on this Easter weekend!!

Hi Cate!!
Happy Easter to you, too.

Your question is an easy one. For an unknown author, an intriguing cover will get me to read the blurb. If the blurb catches my interest, I'll read the first page or so. If I like the author's voice - sold! For an author I know and like - the blurb is the seller. Hmmm - makes me want to brush up on those blurb writing skills.

As far as what makes me buy a book, here's the sequence: Intriguing title & cover, characters & conflict in blurb, and then reading the first page or tw - if my curiosity about what happens is engaged and I enjoy the writer's voice (especially conveying a sense of humor, observant wit, & ability to engage my emotions) then it's a sale!
Have a great day! Karen Bostrom

Hi, Jannine,
thanks for taking time out of I'm sure a very busy Easter Sunday to read the interview and leave a comment.
I appreciate the support and congratulations on the rave review and contest at The Romance Sutdio.
All fingers and toes are crossed for you.
Kat

Hi, Karen,
Thanks for stopping by and leaving a comment.
I will keep your suggestions in mind the next time I have to compose the dreaded blurb!
Good luck to you with your upcoming Class of '85 release. The title has something to do with Red leather, right?
Kat

they say three times is the charm.
Let's hope this works.
I swear blogger hates me.
I've been trying to post the winner of the contest, but I've been unable to get my comment published.
jannine gallant--come on down and claim your prize!!
kat