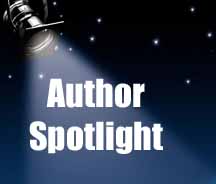 Cate: Please welcome Teel J. Glenn. Teel, will you please share a short bio with us?
Teel: I was born in Brooklyn though I’ve traveled the world for thirty years as a stuntman, fight choreographer, swordmaster, jouster, book illustrator, storyteller, bodyguard, and actor. I studied under the head of the Seoul Military Academy and Errol Flynn’s last stunt double.


I’ve choreographed realistic violence for every Shakespeare play at least once, many several times and literally hundreds of different productions.


And as a performer of I’ve done 52 Renaissance Faires, been in many genre films and TV series including, Spenser for Hire, the Equalizer, The Bog Creatures and most famously as Vega in the manga/gaming web series “Street Fighter: the later years.”


All of this life experience informs my writing; I have 25 books in print from five different publishers (all of them well reviewed) and have sold short works to magazines like Mad, Blazing Adventures, Black Belt, Classic Pulp Fiction, Fantasy Tales, AfterburnSF, Fantasy World Geographic and others.

Cate: Sounds fascinating. Tell us about Wake of the Red Mistress and where it's available.
Teel: The book, available from www.eternalpress.biz, is a fantasy tale of thwarted love and piratical lust, blood and treasure! Sister Shinara of the Yulinites is on a ship that is attacked by Aurzia- the Red Mistress. When the pirate’s men are going to kill Shinara and the five novices in her care the sister makes a deal with the pirate queen to lead her to a ‘great treasure’ in a distance monastery. 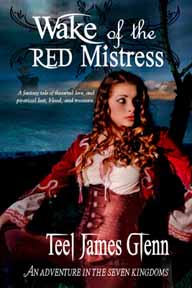 Meanwhile near that monastery young monk Zak has been having an affair with a noblewoman and to do so has been disguising himself by transforming into a horse to slip out of the monastery through the sacred herd. But he feels guilt for the affair (and has memories of Shinara) and keeps trying to resist his desires for the older woman.


The Red Mistress leads her brigands on a cross-country trek to loot the monastery with Shinara and the sisters in tow.


When these characters come together and how they interact is the tale.


Cate: Please tantalize us with a story blurb or excerpt.
Teel:  Much of the novel is the interplay between the devote Sister Shinara and the bloodthirsty and sensual Azuria- the Red Mistress of the title. This the scene where they first meet:


Sister Shinara stepped before the girls with her back to them clutching her scriptures to her bosom and faced the entering corsairs. She stared the intruders down as they streamed through the door.


“Goddess protect these of your flock who stand before you.” She thought. “And guide me to do right.”


Rough hands seized Shinara and tore her gown to expose her naked bosom. She struggled against the vice grip of a brigand as others grabbed the screaming girls.


“Leave them alone!” she cried in vain.


The pirate holding Shinara ran a hand around her waist to roughly grab her naked breast and squeeze it. She yelled out in pain, turning her head to look him in the face.


“Do what you will with me, but leave them alone.”


“Oh, as you command, m’highness,” the pirate holding her said. “Shall I bring your worship’s private yacht around as well?” This brought laughter from the dozen brigands who swarmed into the cabin behind him. It was loud enough that it almost drowned out the screams of the terrified young sisters as the other corsairs began to remove their clothing.


“Quiet!” a female voice cut through all the noise. It was not loud, but had the quality of command that made even the screaming girls choke their cries to low sobs. “What is going on here?”


“The Red Mistress!” the young girl Yuza whispered. Her eyes were wide and for the moment her own distress was forgotten in the presence of the piratical legend she had heard so much about


The speaker was a woman, but such as none of the sisters had ever seem; she was barely five feet tall though her presence filled the room. Her hair was long and curly and fiery red, barely held back with a striped blue rag to reveal a pale face with green, cat like eyes.


She wore crimson fighting leathers and a loose shirt, a brace of throwing knives on a bandolier across her ample breasts. In her hand was a bloody cutlass.


When the pirate holding Shinara did not respond quickly enough the petite hellion sprang forward and slapped him across the face over Shinara’s shoulder.


“I said what is going on?” The female pirate barked.


The struck brigand released the sister and for a moment anger flared in his eyes but he quickly contained it and stepped back with a shrugging gesture.


“We were just getting these holy rollers, ready to throw over the side, Aurzia,” he said contritely. “They put up a fight.”


“He lies,’ Shinara said. She pulled together the torn edges of her gown and stepped to comfort the youngest of the sisters. “We would not fight; we of the Order of Yulina do not take up arms.”


The tall blonde sister locked eyes with the redheaded pirate and showed none of the fear she felt.


The piratess appraised the sister with a feral grin and smiling eyes. She licked her full lips and nodded. “It doesn’t really matter, little sister,” Aurzia said, “My men have strict orders; no molesting women!” She took a step forward, her cutlass flicked out and the pirate that had spoken yelped. He grabbed the bloody spot where the ear had just been severed and fell to his knees cursing.


“Let them say their last prayers and then finish them quick,” the Red Mistress said with a final longing look at Shinara before she turned to leave. “I want all the bodies in the water before we put a prize crew on this scow.” 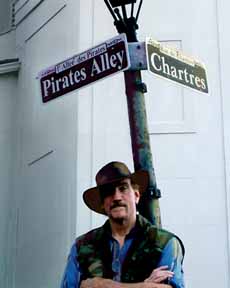 Cate: Intriguing! Can you tell us why we're going to love your hero?
Teel: Wake of the Red Mistress is unique in that it has three main characters; Shinara, Azuria and Zak, a young monk with feelings for Shinara who interact in a way that no one is the villain-exactly- but each has their doubts and hopes that collide in the course of a journey across country to loot an ancient monastery.

Cate: Tease us with one little thing about your fictional world that makes it different from others.
Teel: The Seven Kingdoms world is a world where transformations from man to beast are part of the pat of the mythology and religion, though not an everyday occurrence. The faith of the Sister and the Monk in this story plays a major part of the tale. And it is a lusty world, as well one without the taboos we have on our own globe…

Cate: What's next for you?
Teel: I have several series for different publishers; 3 that take place in the 1930s, 1 in the far future, 1 on a different fantasy world and 2 contemporary adventure series. I’ll probably be writing one of them on any given day. And of course, I have plans for more stories in the Seven Kingdoms. I also have anther book coming out from Eternal Press “Shakespeared” which is a contemporary urban fantasy.

Cate: Very cool. What inspired you to draft your first story?
Teel: I can’t say how long ago that was or which story it was, but I know it was probably a reaction to something I read or saw on T.V.- you know, the “Oh, I can come up with a better ending than that!” I was writing novels already by High School and selling short stories and articles to places like mad magazine by college.

Cate: Do you have a writing routine?
Teel: I wakeup I write. That is pretty much it. I do correspondence or editing when I first wake up to sort o ‘warm up’ my brain and then go on to whatever assignment I have that day. I work out in between right in my tiny apartment and unless I have to leave to teach (sword and writing in New York) or such mundane things as shop for food I am very single focused on writing and may not go out for days at a time. My workdays are 16 hours or more.


Cate: Where can readers find you on the web?
Teel:  My website is Theurbanswashbuckler.com and that links to my blog for updates…


Cate: Is there anything you’d like to ask our readers?
Teel: What is it they care about most in a book -- the characters, setting or style of the story? For me it’s the characters…

Cate: Readers, Teel is giving away a copy of either Of Sword & Sorcery or The Traveler's Tale (winner's choice) to one lucky commenter. He'll pick a winner next weekend and announce the winner here.
Thanks for being my guest Teel! Best of luck to you.

Welcome Teel! Congrats on your latest release. Such a beautiful cover!

Love the cover.. and Can't Wait To Read The Book!!!