The second edition of my Casting Call blog series looks at Follow the Stars Home, my Native American historical romance.

In 1879, a military captain named Pratt opened a boarding school for Native American children. The school's motto: Kill the Indian, Save the Man. In other words, students were taught to abandon their Native American heritage and lifestyle. To accomplish this, the school forbade them to speak any language but English, forced the boys to cut their hair though in their culture this was done in mourning.

Pratt talked parents into sending their children to the school by convincing them that learning the ways of whites would empower them, and enable them to better negotiate with whites. When parents hid their children away during Pratt's later visits, reservation officials retaliated by withholding rations or outright threatening the parents. 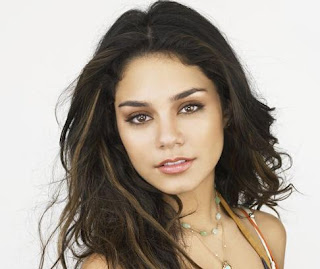 Eighteen-year-old Quiet Thunder wants a life with Black Bear, but on her own terms. Independent and strong-willed, she's frustrated by Black Bear's immaturity. Somewhat of a prankster, Black Bear is sure of the path he's on, and who he wants to travel it with: Quiet Thunder. He's known since the Sun Dance that initiated him to manhood. When he finally decides to win her love, he relies on his heart to speak through a flute, or siyotanka. In Lakota lore, the flute’s sound resembled the call of an elk, powerful medicine supposed to make a man irresistible to the woman he loved.

And who's more irresistible than Ashton Kutcher? Like Vanessa, Ashton is supposed to be a descendant of Native Americans.

Heh, heh, you have great taste. I'd choose these two also, for they seem to look the parts to a T.

Ashton has that quirky comedy streak he underplays really well. I love that pic of him. A few months ago, I saw him in a Western, and his acting impressed me.

I've never thought about who would play the leads in a movie of my books...what an interesting concept to toy with. (Makes me think...)

Vanessa's a great choice. She's beautiful. But Ashton? I can't get past:

I'll have to check out the western.

Follow the Stars Home sounds great. I'm adding it to my TBR pile.

Ashton can project a goofy image, but don't let it fool you - he's a savvy businessman. And though I know comedy's sometimes tougher than regular acting, he can be a great actor when he's not goofing.