In the Author Spotlight: C.B. Calsing

Cate: Please welcome C.B. Calsing. Corina, will you please share a short bio with us?
Corina: Sure. I’m originally from the Central Coast of California. I graduated from Cal Poly, San Luis Obispo, and then moved to New Orleans. I’m also a graduate of the Creative Writing Workshop at the University of New Orleans. I teach writing full time at a school for military-dependent children and try to write when I can. 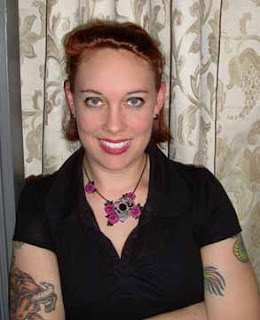 I began the collection in the fall of 2006. The first story I wrote, “A Common Whore,” was well received by my workshop, so I decided to draw on some other stories and ideas coming out of California’s past that I had in my head. After a while, when I started working on a new story, I’d think, Who can I bring in from one of the other stories? Sometimes, decades had passed between the timelines of the tales, and I would introduce a descendant. Each story stands alone, but when read in order, you get the spark of recognition that comes with a name, and then you learn so much about what happened to a previous character by where his grandson is in the world, for example, even though you didn’t read it in a story of its own.

Cate: Please tantalize us with a story blurb or excerpt.
Corina: Here is an excerpt from “To Wade Alone.” The cover art of the train, executed by Diana Bittleston, was painted for this story. She did all the interior illustrations for All Along the Pacific.
My great-great-aunt inspired this tale. She worked for the Barnum and Bailey Circus at the turn of the last century. I have reproductions of her cabinet cards hanging on my wall. I love the circus, which is why a few stories in All Along the Pacific feature the circus:
She wanted to put her foot in, just to feel the cold against her skin. She wanted to write home to St. Cloud to tell her parents that one night, when the monkeys burned, she waded in the Pacific, by herself. No Long John with his hands around her waist. No matron checking on her; no chorus girls fawning over her as they would a china doll. Two more steps and the sand became wet beneath her feet. Two more steps and the first live water wrapped around her ankles. Betty’s feet froze. Cramps crawled up her legs. She stepped out farther, feeling the surge and pull of the waves around her calves. Up above on the bluffs, she heard the train whistle again. If they came looking for her, could they pick her out in the darkness? Would her white dressing gown, floating around her, look like sea foam on a wave? 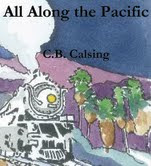 To her knees now. Now thighs. Another step and Betty let her knees fold, and she submerged, her head below the icy water. It roared in her ears. She felt herself lift and sink with the waves as they sped at the sand. Unidentifiable matter swept past her, brushing tendrils of goose bumps across her body. Betty thought of sideshow mermaids in jars of brine and dried shark specimens and the anchors and swallows on the tattooed man.
She found firm ground and stood again, pushing her hair back from her face as she did. Behind her, she heard shouts. She turned and watched bobbing lanterns descending quickly down the switchback and across the beach toward her. 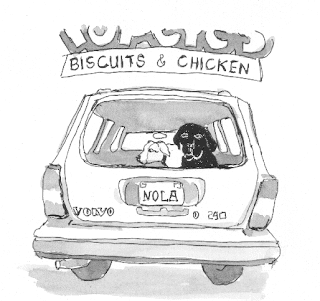 In her distraction, a wave pushed Betty off her feet. Water closed over her head. Her eyes stung, and she struggled to stand. She came up, her mouth full of water, her nose smarting with half-breathed sea. She refused to look at the beach, refused to acknowledge her caretakers as they came for her. She took in deep draughts of air. Her limbs trembled with the cold. She wanted this moment alone, an experience all hers.
She rose and fell with another wave and another. The chill seeped into her, sat in her head behind her eyes, in the place behind her belly button, in the muscles of her calves. She wanted the sensation.

Cate: Can you tell us why we're going to love your hero?
Corina: I have a lot of heroes in these stories. Some are not meant to be loved, but loathed. I think they are all quite unique, though. If anything, the very novelty of some of them will be what draws my readers. The strength of my stories definitely lies in the concepts I create.

Cate: Tease us with one little thing about your fictional world that makes it different from others.
Corina: The rich winners of wars write history for the most part. In my stories, historical though they may be, I usually take the perspective of characters the real world marginalized: people of color, women, addicts. The status quo characters I do have end up throwing away everything, or having it stripped from them. Or else they are the bad guys, the villains, in most cases.

Cate: Love the different perspective. Great idea. What's next for you?
Corina: I just finished the first draft of a screenplay for a producer friend of mine. I’ve never done that sort of thing, so I don’t know how he’ll receive it, but I had a lot of fun working on it, trying something now.
Once that’s done, I have a concept brewing to write a mystery set in New Orleans, but flavored like Steinbeck’s Tortilla Flats. That’s really just in the planning stages.

Cate: What inspired you to draft your first story?
Corina: I can’t even really tell you. I’ve been writing for so long that my original work has been lost to the sands of time. I think originally, in general, it was a form of escapism, a way to keep myself occupied and entertained. We didn’t have cable when I was growing up, and I didn’t have any siblings to play with. Writing became my entertainment.

Cate: Do you have a writing routine?
Corina: The weekends are easiest. I usually get up around seven, work for an hour, and then get a cup of coffee or tea. Then I work for another hour. Then I head out to feed the chickens. After that I generally go straight through until lunch, which is when my husband finally gets up and we work on projects around the house.
Week days are a little more difficult. I teach writing full-time at the middle school level. I have a forty-five minute commute both ways, so most days, I leave the house at six twenty and get back around five. As soon as I get in the door, I sit down to work for an hour or two, take a break for dinner, maybe put in another hour before watching some TV and then going to bed.

Cate: Where can you be found on the web?
Corina: My Web site is www.cbcalsing.com and I blog at cbcalsing.blogspot.com. I also Twitter as cbcalsing and I have a Facebook fan page as C.B. Calsing. My artist, Diana Bittleston, can be found at www.dianabittleston.com.

Cate: Is there anything you’d like to ask our readers?
Corina: I waffle quite a bit between genres that I write, all the way from historic to sci fi. Does that bother a reader? Should authors stick to one genre only, or are modern readers savvy enough to overlook the stories they don’t think they’d like and still wait for the next one in the genre they prefer?

Cate: I need to know that too! Readers, C.B. Calsing is giving away a print copy of one of her anthologies, An Honest Lie Volume One, to a random commenter... so start commenting. She'll pick a winner on the evening of Sunday, 28 November. Be sure to leave your email address so Corina knows how to contact you.
Thanks so much for being my guest Corina! Good luck to you.

Email ThisBlogThis!Share to TwitterShare to FacebookShare to Pinterest
Labels: All Along the Pacific, C.B. Calsing

Bummer! No one commented. I guess I'll have to save my book for another contest.