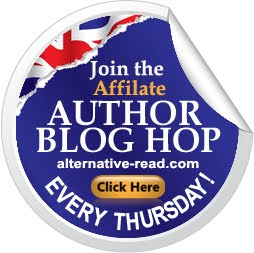 Today's question, posed by Amy Romine, is: Do you write in logical order?

Interesting question. Before last summer, I would have answered an unequivocal 'yes'. But then I started writing Rock Bottom, my contemporary romance due out with Lyrical Press on June 20.

I wrote the majority of this story longhand. On the treadmill. (Yes, it took some deciphering afterward, lol). But strangely enough, though I knew the basic story ahead of time, the scenes weren't necessarily in logical order. And when I climbed onto the treadmill and began writing, everything that was in my head came out in a jumbled order. Somehow I pieced it all together and it worked out great.

Other times, I will write the major scenes, and if I get stuck on one, skip it for now and go back to it later. So basically, it's a matter of which scenes grab me first.

Check out the other Blog Hop authors here!

And if you'd like a little taste of Rock Bottom, here's the unofficial blurb: 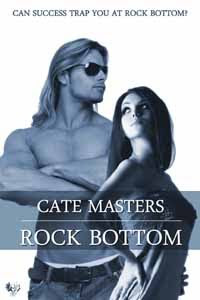 For rocker Jet Trently, success means playing the same platinum-selling hits over and over. Philly rock journalist Billie Prescott thrives on covering the latest releases. When her editor sends her to Malibu to cover Jet’s reality dating show, Rock Bottom, her blog’s success keeps her trapped there. Her life’s at Rock Bottom too, until she hears Jet’s new songs. They touch her heart as his music did when she was 15. When Jet touches her heart as well, will the reality show ruin the real thing?

And an excerpt:
The cottage appeared tiny from the outside, but actually had two stories if the bedroom loft counted. A boomerang-shaped overstuffed sofa dominated the main floor, and cabinets topped with bookshelves lined either wall. In a small nook sat a ceramic-topped iron bistro table and two chairs.
As cozy as a beach getaway.
She swung her carryon bag atop the tufted ottoman. Turning to retrieve her suitcases, she stopped short.
Jet leaned against the doorway. If his presence had been palpable in the house, he overwhelmed this small space.
His lopsided smile appeared almost shy. “Need any help settling in?”
The personal touch. If he hoped to make it literal, he could forget it. Despite her resolve, she found him overwhelmingly distracting. She had trouble recalling what she’d planned to do.
Glancing around, she thought she’d be pretty pathetic if she claimed to need help. “Nope, I think I can find everything.”
Stepping inside, he closed the door and moved toward her slowly. Purposefully.
Her pulse quickening, she tensed, but couldn’t find her voice to ask what he wanted.
He touched the cabinet. “There’s a small fridge under here. I’ll have Cindy stock it for you.”
Nodding, she tucked her hair behind her ear. “Great. Thanks.” She felt sure he must hear her heart pounding. And think her an idiot. “It’s an adorable little place. You’re saving the magazine a bundle by letting me stay here.”
When he moved closer, his crystal blue eyes felt like a laser piercing her own.
To clear her head, she turned away. “It’s situated perfectly too. Right next to the house.” Could she possibly sound any more brainless?
She sensed him directly behind her. His soft tone made her muscles go fluid. Her eyes drifted shut, imagining his famous voice singing to her alone.
“If you look out your bedroom window, you can see into mine. Right over there.” His arm lifted beside her and pointed.
His warmth penetrated her skin. He smelled like ocean and musk. An impulse struck her to guide his arm around her, fit herself against him. Fill her senses with him.
Snapping to reality, she fumed at his flirting, but made her voice sweet as honey. “Oh, over there? I appreciate you telling me.” Smiling, she turned. “I’ll be sure to keep my curtains closed.”
Tensing, he straightened, and his nostrils flared.
Her muscles drew taut in response. You shouldn’t have made him mad--not the first day.
But his eyes crinkled at the corners, and he cocked his jaw and nodded. “Billie Prescott.” He said her name with a kind of wonder.
Not quite knowing what to make of it, she gave a giddy laugh. And wanted to die. “Jet Trently. We finally meet.” As though she’d been waiting. Or it had been prearranged. By whom? The universe?
To recover her composure, she went to her bag and pulled out her laptop. “Any internet connection in here?”
He flopped onto the sofa and extended his arms across the back. “Wireless, pretty much from everywhere.” With a kind of amused curiosity, he watched her. “We need to talk.”
Her mind blanked. The way he spoke sounded so intimate, as if he wanted to discuss their relationship. His gaze seared into her, and she had trouble remembering they had no relationship. “About what?”
His mouth curled into a smile. “The show. Don’t you want to interview me?”
She felt her face flush. He played a cat and mouse game. And he’d trapped her already.

Cate, I envy your writing process. Sadly, I write from beginning to end with no jumping about. The one thing I do NOT do and that's write anything by hand. I have jotted down an idea or two that came to me when I wasn't near my computer, but I don't even write out checks anymore.

Your upcoming release sounds wonderful, but then I love your style.

Aw thanks, Ginger - a high compliment, coming from you!

And I still like to write longhand sometimes. It's just a different process - less harried, I guess. And more convenient when I'm nowhere near a computer. I don't recommend writing on a treadmill though. :)

When I first think about it, I say, "Of course I write sequentially." Upon further thought though, that's not always the case. I often have to go backwards in time to find an opening scene for the scene that inspired the story, if that makes any sense.

Okay, I definitely want to see a video of you writing on a treadmill. That is beyond my imagination! Love that. We learn to do what we have to in order to get that story out,don't we. Best of luck with your new release.

That makes perfect sense Emma! We only write a part of the story - it began before our opening hook, and continues afterward. :) Imagine all those worlds out there we're creating!

No, JQ, you probably don't want to see a video of that. It wouldn't be pretty! And my handwriting's even worse. I tried to talk my hubby into building me something to hold up the laptop (like Jodie Foster in Nim's Island) but so far, no luck!

I usually write sequentially, but occasionally I might 'skip' ahead to write an important scene and then go back to write the lead-up to the scene.
As for writing in long-hand,I started my current WIP while I was on holiday in Egypt. Had a buy a notebook there and write in longhand for the first times in years. Later, I had to decipher
all the crossings-out, line insertions, asterisks indicating paragraph insertions, and arrows to move paras up and down! I was glad to get back to my computer!

I've always wanted to go to Egypt *sigh*
I understand completely - I do the same thing with numbered inserts, asterisks, etc. So it can be quite a process!

Hi Cate! Thanks for stopping by my blog with the author's hop. Since I've been dealing with computer issues like you, I've been stuck in 1989 for days. But I wanted to stop by and read your post. Writing on a treadmill? Now that takes skill!

Have a great one!