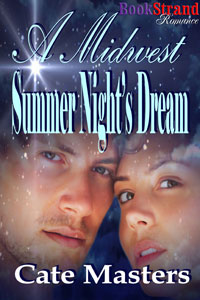 Open sky, Shakespeare, solitude. All Jebediah Greene needs. Alone since his teens, he’s never known loneliness, until he leaves Winona Young in California. Worse, he fears she’ll trap herself in a loveless marriage of convenience. After acting as her guide to San Francisco, how far will Jeb go to win her heart?
Reading provides escape for Winona Young. Usually. Fleeing Philadelphia, she learns her distant suitor isn’t who he seemed. Neither is her mountain man guide, in a good way. Intelligent, but mule-headed, Jeb’s impossible to speak to, in any language. Winona falls in love with the stunning beauty of the wilderness, with the simple ways of the Osage people, and with Jeb. But books can’t teach her how to tame a mountain man.

Casting Call - Who did Cate envision in these roles? Find out here.

Excerpt
Curses flew through Jeb’s head all day, but he cut them off before they reached his tongue. Stubborn woman. She’d cornered him like a fox in a hen house. Her chances were slim, but not impossible.
The mere thought of riding beside her, wind rifling through her hair… Oh, what a pickle. He sure could use the cash, but the strain of avoiding her might do him in. He’d have to ride upwind so as not to catch her lilac scent, or the constant erection hitting the saddle might kill him.
When she approached him that night as he relaxed on the porch swing, her sheepish expression said it all. “No luck?”
“Not yet. But I’ll find one soon. When I do, will you be my guide?”
Time to try a different tack. “What makes you think I’m trustworthy? I might be the kind of man who takes advantage of a lady in such a situation.”
“You are trustworthy. Mrs. Wilson said so. I have implicit faith in her good opinion of you.”
Why had he introduced the two women? Dealing with a single woman didn’t present a problem, not usually, but get two or more together, and damned if trouble didn’t brew in the kitchen right along with the coffee.
At his silence, she folded her arms, and stole glances at him. Never a good sign. He could see the spokes of her brain working behind those dark eyes.
“Perhaps you don’t have the gumption necessary for such an assignment.” She tilted her head, exposing her gracefully arched neck.
His mouth watered, longing to taste it. A laugh burst from him. “Gumption?” He scratched his chin. “Or perhaps my foresight is keener than yours, Miss Young. Do you have any idea what such a trip entails?”
“If you’re worried I can’t keep up with you—”
“You can’t keep up, you can’t pitch in. You can’t even cook, can you?”
She glanced away. “Well, I—”
“If I shoot a rabbit for dinner, how would you prepare it?”
She winced. “A rabbit?”
“A saddle can get mighty uncomfortable after an hour. What would you do after three hours? Or five?” The image of her rubbing her sore rear stirred him. Mighty tempting to offer to rub it for her. His voice cracked as he said, “If you want to be in San Francisco sooner than the coach, we’d have to make good time. Six, seven, maybe eight hours’ riding every day. And if we get caught in a storm, or held up somehow, we’d have to make up the time.”
Her jaw set hard, her lips pressed into a thin line.
“I’m sorry, Miss Young. You are not cut out for that kind of hardship.” Nor was he built to resist such temptation, the kind that carried a long-term sentence. Not that he wouldn’t enjoy carrying it out; yes, just thinking of sharing a bedroll with her heated his insides and turned his brain to mush. Another strike against such a trip; he might lead them in circles, staring at her rather than the path ahead.
She stepped closer, her eyes ablaze. “You think I don’t know hardship? You’re wrong, Mr. Greene. No, not the kind you face in your travels. I would think those hardships would be easier to bear than…” She looked away with glazed eyes. “Forgive me.”
Her sudden fury gave him pause, and aroused his curiosity. She had mettle in her bones, a steel reserve of strength in her sinewy frame. He had no doubt she’d experienced something terrible, terrible enough to make her leave her home. Her stubbornness might fade in the face of the long trail.
“I mean no disrespect.”
“Your kind never do.”
“Ma’am, believe it or not, I am not ignorant of the rules of civilization. I am well able to prevent myself from committing social blunders.”
“I’m sorry. I don’t mean to be unkind. My nerves have been on edge since we left Philadelphia. A woman traveling alone can’t take too many precautions.”
“I don’t expect you’d encounter many willing to take up the challenge of threatening you, ma’am.” He regretted his words when he saw how she flinched under their sting. He wished her no harm, but everything she said provoked him in some way.

Thanks for the excerpt. Very interesting. I like the dialogue very much.

Thanks for the excerpt. I like your dialogue a lot. Very interesting and it moves along quickly. I'm sure the book is equally good.