Re-release of Picture This 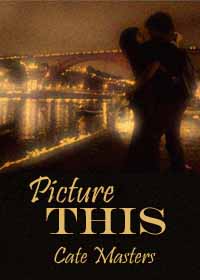 I was so proud that Picture This had been a 2011 EPIC finalist! It received some great reviews too, although some said it would have been better with both the hero and heroine's POV.

I heard you. The new release now shows Ben's point of view. When I began rewrites, Ben was more than ready to step out of the shadows and tell his side of the story. And it's a rather compelling story too.

Of the previous version, reviewers have said: “The author grabs you from the first chapter and takes you on a great ride” and “It mixes a little humor and romance together into a snappy and readable package that will leave the reader with a smile as well as a renewed belief in happily ever after” and “The heroine is intelligent and resilient. The hero is sexy and charming. And the political background made for an exciting source of external conflict.”


Tomorrow, I'll show you the Casting Call for Picture This too. Can't believe I didn't already! Ben especially embodies the mannerisms of the person who occupied my head while I wrote it.

You can find more about Picture This here.