Wow. It's August already. At the beginning of the year, I made a public resolution on my blog to slow down this year. Take a breather.
Yeah, that hasn't happened! Life threw a huge curve ball at me in February, and my writing time dropped to about one tenth, or less, of what it had been. So I've been really frustrated that I haven't had enough time to devote to the dozen WIPs that are calling me, begging me, to finish them, already. I'm about 26k into another paranormal that I'm very excited about, but have so much more to do: at least three more novels in the Goddess Connection series, and possibly a followup to Dead to Rights, along with various other half-started projects. 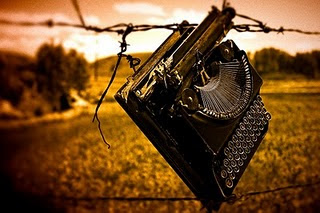 With half the year gone, I finally took stock of what I have accomplished. Until a recent interview, I didn't realize how much I actually had finished:


- re-releasing seven previously published titles, which included revising and sometimes expanding the stories, creating covers, revising the book video, and formatting the files for Smashwords and Amazon (not terribly difficult, but terribly tedious!)


- finishing and self-publishing four stories - Dead to Rights, The Magic of Lavender, San Francisco Dreams and Just the Right Amount of Wrong. I'd been working on them all for a year or more, and after making the rounds with many critique partners, finally finished them all. Whew! This also involved making book covers, book videos and formatting the files for Smashwords and Amazon.

- promotion. Not my finest skill, and I'm still not sure what works and what doesn't. After two years, I still consider myself a novice, and defer to other authors, following in their footsteps to get the word out. I try to include interesting or fun stuff in posts and interviews, so hopefully it's not always the same old same old. I apologize if it seems I'm yammering at you here instead of opening a conversation - I don't intend it to be that way. I love to hear from you! I'm just overwhelmed and often post in a hurry. Not a great excuse, but I promise to try to do better. I really do love to hear what you think, but you're such a quiet bunch!


- completing publisher edits for two upcoming fantasies with The Wild Rose Press - Romancing the Hero and Ground Rules, a Christmas story. I am so looking forward to these releases!


So, having taken stock, now I don't feel like such a slacker. I still have very little time to write new stories, but I've always been the type to put more pressure on myself than anyone else could ever possibly do. Still, I'd like to do a better job of staying on track with my goals, nebulous though they are (I just want everything to happen now, lol).

What do you do to keep yourself on track? Any tips to share as far as achieving goals?

It's interesting to discover what you've done when you stop to smell the roses a moment. You find you've done so much more than you ever thought. I'm glad you were able to realize you'd gotten so much done.

I'm still a novice but I've noticed quite a few authors keep work count counters on their blogs. That can be a regular reminder of the progress made on different WIPs and help to keep things on track.

Thanks Angela! I've seen those counters, but I think that might actually put more pressure on me than anything! I do keep track of my WIPs in a spreadsheet, so I know which I need to work on, but there's about a dozen!

I don't think I can do the counters either. I already feel guilty enough when I have to stop writing for the week Greg is in town every month.

I think you do a terrific job staying on task. I could never keep up the pace you've set. All I can do is stare in awe. :)

Thanks much, Maria. It's frustrating to feel like I'm falling farther and farther behind. I'm going to have to figure out how not to sleep, lol