I came across this thread on Amazon a few weeks ago, and cringed myself, Yep, I'm guilty of using some of these words that readers listed as cringe-worthy: 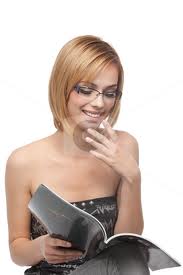 And that's just the first screen. It goes on for 72 screens! Yikes. That's a lot of cringing.

I laughed at some of the entries (manroot? lol), until I came to some I've used. Of course, if there are 1790 entries over 72 pages, obviously it means readers will have widely varying expectations. But the last thing we, as writers, want to do is to throw our readers out of the story with a cringe-worthy word. Because it's all about drawing them in, and then keeping them in the flow.

So how to avoid using such words?

Common sense says to avoid overused words and phrases.  Here are a few that jump out at me when I read because they're overused:

Keep it fresh. Mix it up. Come up with another way to show what the character's feeling with their actions.

One of the entries had good advice for catching such words: read the chapters out loud, particularly the dialogue. Does it sound realistic? Does it sound stilted or dated (unless it's a historical, then it's supposed to).

Sometimes, word choice will be taken out of our hands by editors. In such cases where an author objects to use of a cringe-worthy word, maybe an editor should be given this Amazon link. :)

Beyond specific word choices, keeping a reader's interest involves a compelling story with an interesting or unique voice. Do that, and they'll forgive a cringe-worthy word or two. But not much beyond that.

Don't let this happen to you: 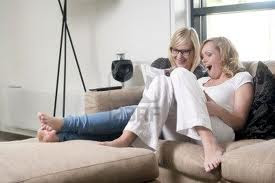 Thing is, most people don't even have a vocabulary of 1790 words. I suppose rather than cringe, they should be hitting the dictionary.

Glad I don't use any of those on the top of the list but I'm afraid to read the rest of them. LOL

I don't think it was so much the word as the context in which it was used. Or overused!

Uh oh...I'm guilty of using some of these as well, though the growling had more to do with wolves than animalistic (is that even a word?) sex play.

I must also hang my head in shame at the "crossing arms over chest". EEK!

I had to go over and check out the list. Didn't have time to read it all but I saw a few that will have me checking my WIP. Also some that made me laugh out loud. In fact, that's my reaction when I read them in a book. Real mood killers.

Don't fret, Angela. Some of these are fine so long as they're a show of emotion. Some writers tend to throw them in unnecessarily, though, and overuse them. That's my beef.

I still have to read through the entire list too, LD. It's very long!

I haven't used the words on top but I've used 'crossed arms over chest' and a few others. :(
Thanks for stopping by my blog. I'm a new follower.

Thanks Ciara! I'm a new follower of yours too. I enjoyed the TWRP feature.