It’s the same every year. After months of no word from him, he’ll come creeping back to her. Just when she’s at her best – her most flamboyant, splendid self – she abandons everything to him.


He’ll swirl in, showering her with glittering diamonds, literally raining them down on her until she sparkles. 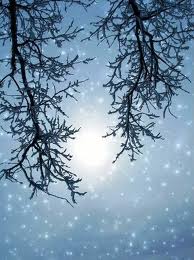 But he’s cold – frosty cold! He cares nothing for anyone else’s plans. He can wipe them out like an avalanche with no thought. Yet people love him. He inspires cozy warmth, snuggling.


She can’t resist him. At his best, he’s breathtakingly beautiful. At his worst, he’s ugly and destructive, but she understands that – she has that side to her as well.


They’re not always compatible, but something about them makes them a very complementary couple. He’s nothing, really, without her. She has that power over many of us.


When they’re good together, it’s like magic, and even sometimes when they’re awful – he can turn her to sheer ice, and still, it’s awesome. 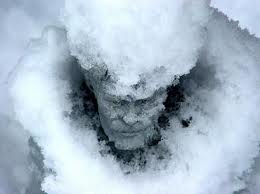 Their relationship is not constant, it’s a seasonal affair. Not everyone approves, of course – there are those who can’t stand the combination of the two – they simply move away, where it no longer bothers them, it’s just one of those distant things they can t’sk about.


Their relationship can be so intense – maybe they just need a break, after saturating themselves with one other. Some speculate it’s fatherhood he can’t deal with – just as soon as she’s bulging with new life, he takes off for parts unknown – travels north, they say.


She doesn’t seem to mind, though. She keeps busy, always something new on her horizon. Or maybe it’s all a front – she can get pretty stormy. But she goes through her phases, and then, she’ll just be at her most glorious, and he’ll send his calling card – a tinge of frost on an amber leaf. He ruins her best work – fades her burnished oranges, her ember reds into ash, her sun-tinged golds into grey, filling the entire world with his sepia tones. The air turns crisp, and as a hint of what’s to come, the stars glimmer like diamonds in the sky, until the sky seems to fill up, gets heavy with them, then they crystallize and come showering down on her by the millions. 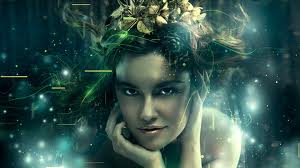 If you listen very closely, you can almost hear her sigh as Mother Nature opens her arms to Old Man Winter yet again.
Posted by Cate Masters at 1:16 AM