Arlene Webb is a writer you'll want to add to your list of Must Reads. Her imagination is boundless, her writing is unique and her stories will transport you to places you'd never dreamed. How can you resist such a sale?
Harey 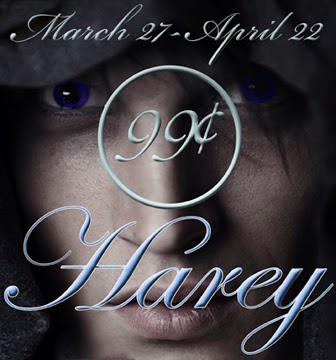 Gwas can outrun a horse, knows how to hide and steal, but is ignorant of the ways of men. The last thing he expects when he is rescued from a miserable existence by a blue-eyed, blond haired angel is to be promised as a Druidic sacrifice to Eostre. Unfortunately, the only direction Gwas wishes to flee is straight into the arms and knife of his savior, Gareth.

Maura knows Gareth is no angel, but she adores him with a passion that time and loneliness cannot dent. When he rides in carrying an injured lad who fears her on sight, she is drawn to open her heart to the abused orphan as well.

Gareth is caught between his liege lord and brother’s fist, and an emotional dilemma that grows harder and harder to deny with every passing season. If he must defy man and gods in order to embrace his heart’s desires, so be it.


When the clash of old and new religions puts lives in peril, ultimate sacrifice bears witness to enduring love. Winter gives way to spring, and the evolution of a colorful myth spreads across the land.


I am no angel. Gareth’s shoulders slammed into the ground. A heavy body covered him, and the adrenalin jolting through him made him feel like a powerful animal. But I am in heaven. He tugged his arms free, wrapped them around Harey and grasped the back of Harey’s head. And I do not care if adulterous sodomites go to hell. He jerked him upward and took his lips.


No time for tender exploration. He had to show Harey who he belonged to, and it was not some bloodthirsty deity, or the daughter of a mass murderer. What if Aethelfrith, the devil who had ordered one thousand, one hundred and sixty-five men killed so they could not pray against him, had still lived? Harey would have walked into his knife with a smile, a pet hare, and promises of painted eggs.


I will not let this man leave me again. Never. Not ever. He’s mine. Gareth fought back his moan and deepened his kiss. Harey tasted so good, fresh and sweet like Maura, but firm and bony where she was all curvy softness. He intensified the pressure, relishing the feel of the lips he had desired for so long, and Harey yielded. Gareth rammed his tongue in, danced around, and then back out to repeat. He had never held a body to mirror his own like this, captive over him, and the sheer joy of not being gentle saturated him.

Thank you so much for hosting me, Cate. You're such a supportive friend. :)

Just remember me when you're on the New York Times bestseller list! :)