Congrats to Kathleen on another release! Please show her some love with a comment - you might win an ebook copy! 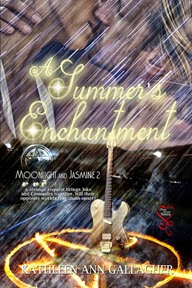 Cassandra Wales, an independent and determined registered nurse finds her plans for the future shattered when her boyfriend dumps her.  Her witchcraft made him squirm and she wasn’t changing for him. The move into her new home keeps her distracted, but she’ll be sure to keep an eye out for red flags next time.  When an elderly woman shows up at her doorstep and makes an odd request, she comes face to face the woman’s hot and sexy grandson.  He convinces her to come to see his band play. Will she be able to trust a man who has women begging for his attention?
Jake Hill is an ambitious, up and coming lead singer in a rock band. When his grandmother asks him to take her over to her first home, he doesn’t question her motives. Instead, he meets the woman of his dreams. Will she stick around while he climbs the ladder in the exciting world of a rock star?
How will Jake find the time to nurture a relationship when his music takes top billing? Can the passion between them be enough to lead the way, or will fear of failure take control of their destiny?


As Cassandra traced the outline of his full lips with her eyes, her hands trembled. A thick head of, shaggy, blonde hair held a sheen in the sunlight. There was a sense of familiarity in his voice, and it brought her comfort. As he bent down to get his grandmother’s bag, she stole a glimpse at his tight-fitting jeans. It was difficult to keep a thought in her head.
He placed the bag on the floor, stood and placed his hand on the roof of the car, giving her a peek at his tattooed bicep. His tight fitted, short sleeved shirt lifted giving her a clear view of his six-pack. He’s hot, but he’ a real show off. Probably has girls lining up at his doorstep. It wasn’t like her to gawk at a guy. The array of emotions she was feeling made her lightheaded. All thoughts of her decorating project took a back seat to her raging hormones. Her focus was supposed to be on her new home, not a hot, sexy dude in a great pair of jeans. She took a deep breath in an attempt to get it together. He inched closer, and she got a whiff of his sensual cologne. Jake oozed sex appeal. Steadying herself, a silly thought cane to her. Is he about to kiss me? Wishful thinking on her part, but she’d never admit it.
Jake didn’t have to make a move to pique her interest. The intensity of his stare, sent shivers down her spine.
“Look, I know this is sudden, but how’d you like to meet me this Friday at Shark’s, on Willow Drive? We’re heading the bill and I’d love for you to hear us jam.” He tilted his head and reached out to touch her arm. “Say you’ll come. Please? No pressure, but my grandmother is waiting.” He gave a boyish grin.
His sensuous full lips tempted her to imagine a romantic interlude. I must be losing it. Never in her life had she found a man so tantalizing. She offered a playful grin, feeling the butterflies in her stomach grow. “I’d love to hear you play again.” A real date might be better, but a slow start sounded good for now. She didn’t expect to be so attracted to a man she’d just met. No formal introduction was needed. The chemistry spoke for itself.
“Can you make it this Friday night? I promise to spend breaks with you.” He kept his eyes on her, making his invitation hard to resist.
“I think I can make it.”
“You think? Try to be there. I’ll sing a song especially for you.”
She felt the heat on her face. “Okay, I’ll do my best to make it. It’s nice of you to invite me.”
Her heart pounded in her chest. She couldn’t believe she had made a date with a man she met briefly, right in front of her house. “Thanks,” she said.
“I’m stoked you’re coming.” Jake smiled and jumped into his car, buckled up and waved as he pulled away.
How on earth did that happen? 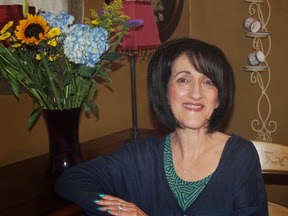 Kathleen lives in New Jersey with her husband and their two dogs. She’s a registered nurse who works in an emergency room. Writing has been her passion since she was a young girl. Contemporary and paranormal romance are her favorites. She has three adult children and three lovable grandsons. Her favorite romantic getaway is Cape May, New Jersey. You might find Kathleen on a beach down the Jersey Shore, wearing a straw hat, sipping on an iced tea, dreaming up her next romance novel.