Please help me welcome Tera Shanley! Congrats on your release, Tera! Such a beautiful cover. Wishing you tons of sales! 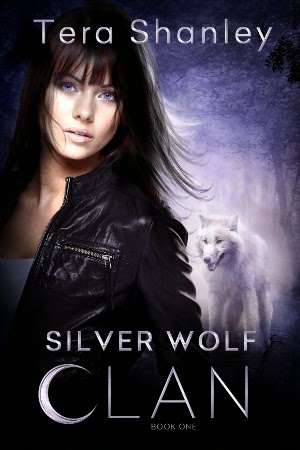 
What happens when monsters turn out to be real? One summer night while camping in the woods, Morgan Carter finds out in a big way. A tall mysterious stranger, Greyson Crawford, risks his life to try and save her sister from the vicious wolf attacking their camp. When he’s bitten and disappears into the night, Morgan can only assume the worst.
Greyson shows up a year later, and he’s a different animal altogether. His eye color shifts constantly and the rumble in his throat sounds more animal than human. She hasn’t any idea where he’s been all this time, but a good guess as to what he’s become.
Grey is determined not to let the darkness of his new existence affect Morgan and the little girl in her care. He hasn’t been able to stop thinking about Morgan but knows he should stay away and let her live a normal life. That’s easier said than done, though. A new danger pulls him from the shadows to keep her safe, and he’s no wolf in sheep’s clothing.
Can she accept what lurks just below his surface? More importantly, can she survive him? 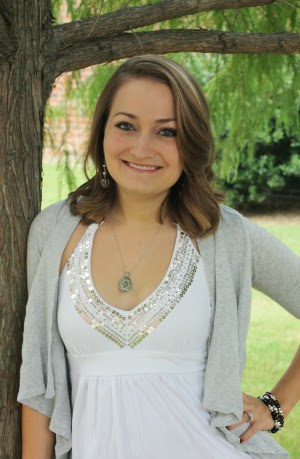 Tera Shanley writes in sub-genres that stretch from Paranormal Romance, to Historic Western Romance, to Apocalyptic (zombie) Romance. The common theme? She loves love. A self-proclaimed bookworm, she was raised in small town Texas and could often be found decorating a table at the local library. She currently lives in Dallas with her husband and two young children and when she isn’t busy running around after her family, she’s writing a new story or devouring a good book. Any spare time is dedicated to chocolate licking, rifle slinging, friend hugging, and the great outdoors. For more information about Tera and her work, visit www.terashanley.com.


Grey’s arms and legs were on fire, burning from his very veins, blistering every nerve ending on the way out. Why was the pain tearing through his chest? He tried to hail the woman but nothing came out except a quiet groan. Was he dying? He arched his neck toward her sister. Her body was so mangled it was all but unrecognizable as human. The girl’s eyes were open, fixed, staring back at him. She was dead. Would he die, too? What was that thing? That monster?


Maybe this was all a dream. Maybe he still slept, back in his campsite a quarter of a mile away. He’d been sleeping there only a few minutes ago. Maybe he was just having a vivid night terror and he’d wake at any moment to the relief that this wasn’t real. The girl slid over to him, but he was already panting in pain. Fire in his blood burned him up.


Her mouth moved, but he couldn’t hear anything over the roaring in his ears. Like helicopter blades, the sound drowned out everything. Her lips were full, and when his vision blurred, he tried to focus on her face. She was beautiful. Tiny. Delicate like a hummingbird. Even through spilling tears, the moss green color of her eyes was clear and compelling.


Her voice overcame the screeching in his ears. “What’s your name?”


“Greyson,” he rasped. “Greyson Crawford.” Someone should know who he was. Notify Dad what had happened there in the woods of Enchanted Rock. “What’s yours?” It was getting so hard to breathe. He had to know. He’d leave the world on her name.

Thank you for hosting Silver Wolf Clan today :) I really appreciate it!

Happy to have you, Tera!

Great cover, fine excerpt. Best of luck with it, Tera.