Cate: *howls* Taryn Kincaid is here to spread some holiday cheer! Taryn, please tell us a little bit about yourself.
Taryn: Well, as I think you know, Cate, I am a world-reknowned 5-star Michelin chef, and I also sell automobile tires on the side. I always plead bafflement and confusion when guests complain chicken tastes like rubber. You can see how easy it is to mix up my two endeavors, right? I mean, come on. Basically, tires are just giant black doughnuts. We call them tirnuts. They sell like hot---well, um, no. They sell like tirnuts.

Cate: lol What do you love most about Christmas?
Taryn: This will come as no surprise to those who know and, um, put up with me.I am somewhat of a Scrooge about Christmas. Though I must say New York City gets all beautifully bright and sparkly and colorful. Also brisk and crowded. But the store windows are phenomenol. Yes, I guess I love those. Except when they show up right after Labor Day and before Halloween, when we’ve all had scarcely a chance to make sure everything we ingest and imbibe is pumpkin spiced.

Cate: I love NYC at the holidays too. The window displays are amazing. Soooo, do you have a favorite memory of a Christmas past?
Taryn: We really leaned more to the Hannukah thing in our house. When I was a kid, I had a Barbie, of course, although I never saw the big attraction with dolls, either, being more of a  bike-riding, hurdle-jumping kinda kid. My main interest in Barbie was creating involved romantic scenarios for her and her milk-toasty, whitebread beau, Ken. But I did have a Tammy doll that I was pretty partial to. Tammy was more like a real high school kid and she came in a red and white letter sweater and cheerleader’s outfit. The sweater was white with a big red “T.” So, of course, I immediately related to that! (It would turn out, much later, that my high school colors were red and white!) Anyway, you may know that Hannukah lasts eight days. Since my birthday is in January, I would often get combo presents. But one year, my mother, a stay-at-home mom at that time with an excess of creative energy, hand sewed a little wardrobe for Tammy and would give me a different outfit  each night. My favorite was a little fully lined raincoat, cloth inside and plastic outside. It was totes adorb. And stunned all my friends. Which, really, is what you’re looking for in a gift, isn’t it?

Cate: We should have been playmates, lol. If Santa could grant one wish, what would you ask for?
Taryn: World peace. Oh. Wait. I forget for a second that I’m not running for Miss America. Or elected office. But honestly? I would wish that the world, in general, and everyone I know, in particular (especially my own self) would just calm down. The stress levels make my head explode.

Cate: What was the best gift you’ve ever received? What made it so special?
Taryn: Oh, see above. And what made it special was that my mother made it all by hand, clearly an immense labor of love.

Cate: Wow, incredible. Any favorite Christmas recipes you’d care to share?
Taryn: I will give you the traditional Hannukah recipe for latkes, which are potato pancakes. They are made with oil, which symbolizes the miracle of Hannukah, the festival of lights. This recipe is from epicurious.com and is the basic, gets-the-job-done recipe.

LATKES:
1 pound potatoes (any kind)
½ cup finely chopped onion
1 large egg, lightly beaten
1 large egg, lightly beaten
½ teaspoon salt
½ to ¾ cup olive oil (or corn oil)
Sour cream and/or applesauce
Peel potatoes and coarsely grate by hand, transferring to a large bowl of cold water as grated. Soak potatoes 1 to 2 minutes after last batch is added to water, then drain well in a colander.
Spread grated potatoes and onion on a kitchen towel wring out as much liquid as possible. Transfer potato mixture to a bowl and stir in egg and salt.
Heat 1/4 cup oil in a 12-inch nonstick skillet over moderately high heat until hot but not smoking. Working in batches of 4 latkes, spoon 2 tablespoons potato mixture per latke into skillet, spreading into 3-inch rounds with a fork. Reduce heat to moderate and cook until undersides are browned, about 5 minutes. Turn latkes over and cook until undersides are browned, about 5 minutes more. Transfer to paper towels to drain and season with salt. Add more oil to skillet as needed. Keep latkes warm on a wire rack set in a shallow baking pan in oven.
Top with dollops of applesauce (my preference) or sour cream.

Cate: Yum! Thanks for sharing. Tell us about your latest release, and where readers can find it online.
Taryn: My latest release is WOLF’S SONG, part of Decadent Publishing’s brand new Black Hills Wolves line of shifter romances, which will debut in January. WOLF’S SONG is the 4th book in the series and releases on 1/30/15. But it’s available by pre-order on Amazon NOW! The Black Hills Wolves is a multi-author, shared world series about a wolf pack living in a place called Los Lobos, in the Black Hills of South Dakota. It’s the brainchild of Rebecca Royce, who wrote the 1st book in the series.  Amazon Pre-Order link 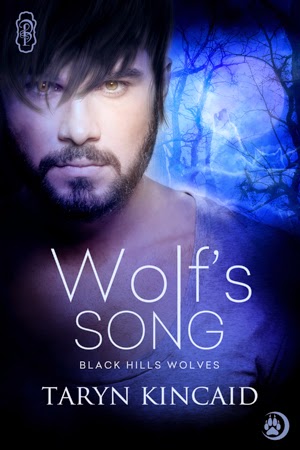 Ten years ago, visions of death and the babble of lupine voices in his head, drove lone wolf Brick Northridge to challenge his cruel and greedy pack alpha. Beaten by the alpha’s thugs and banished from the pack, Brick lives a life of seclusion in a mountain cabin in the Black Hills.
Born into a rival clan of feline shifters, skinwalker Summer McCoy, in her guise as a raven, watches Brick from afar, giving him back a reason to live through her sweet songs and special gifts.
But when her clan attempts to tear them apart and threatens the pack that banished Brick so many years before, will their love be strong enough to withstand the forces bent on their destruction?

EXCERPT
Summer McCoy perched in the uppermost branches of her special Ponderosa pine, in raven guise, engaging in her favorite pastime, spying on the lone wolf chopping wood below. Two days’ worth of whiskers shadowed his rigid jaw. She loved when he forgot—or didn’t bother—to shave. Scruffy stubble suited him.
The sun beat down on the back of his bronzed neck and shone on his hair, the color of roasted coffee, a shade lighter than the dark shadow that charcoaled his face.
She fluffed her feathers in anticipation. Take your shirt off, Brick.She’d heard the giant werebear, Gee, call him that name a decade ago. He’d made some joke about a wall and the hardness of the male’s head. But Brick hadn’t laughed back then. Not ever.
He’d fascinated her from the moment he’d arrived in the glade, bruised and battered. Once she’d learned his name, she’d treasured it, taking pleasure from repeating it often. Secretly, of course. Unwrapping the syllable frequently to admire its radiance in the privacy of her tree house, the way a woman wearing pearls against her warm skin enhanced their luminosity and iridescence.
Now, as if he’d heard her silent urging, he complied with her plea, shrugging out of the plaid flannel and flinging it onto a tree stump. Her beak opened as she sucked in breath. Sweat glistened on his torso, glazing rippling pecs and abs, shoulders broad enough to span the Badlands. A huge, incredible specimen of masculinity. Thick biceps flexed as he wielded the ax. Her heart beat faster than a hummingbird’s wings. Heat licked her.

Cate: Anything else you’d like to share?
Taryn: I’ve also got another new release, IF YOU CAN’T STAND THE HEAT, which will release from in February from Fated Desires Publishing’s new special line, “Give Me A Taste. It’s a contemporary foodie romance with a totally mouth-watering hero. It’s available for pre-order now at Amazon | Kobo | Google play |iBooks

Cate: Coolness! Congrats, and thanks so much for being part of the 12 Days of Christmas! Hope you have a jolly holly holiday! 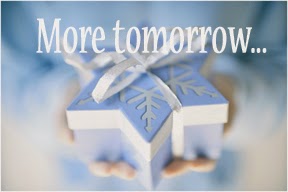 Thanks for having me back again, Cate!

Always happy to have you Taryn! Congrats on your release!