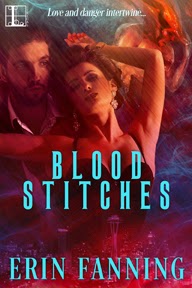 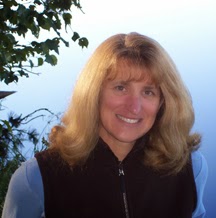 Erin Fanning spends her summers on a northern Michigan lake, where her imagination explores the water and dense forest for undiscovered creatures. In the winter, she migrates to central Idaho, exchanging mountain bikes and kayaks for skis and snowshoes. She’s the author of a mountain biking guidebook, as well as numerous articles, essays, and short stories.

Enter to win a Rafflecopter giveaway for a $20 Amazon gift card.

In this scene, Gabby and Frank’s relationship tentatively begins moving beyond best friends… until they are interrupted by Gabby’s older sister Esperanza:

The fire crackled, and Frank joined me at the window. Lamplight pooled around my socks, and rain rat-a-tatted on the roof.
“Rain, rain, go away. Come again, another day,” Frank said.
“You go from Lester Ruben to Mother Goose. I guess Shakespeare’s a stretch.”
“Oh yeah? ‘Being your slave, what should I do but tend upon the hours and times of your desire?’”
“English 101, right? One of the sonnets?”
“Sonnet 57, to be precise.”
“I’m impressed.”
“Never underestimate me.” His hand brushed mine, and a charge ran up my arm. “You know, you don’t need to be jealous of Esperanza. You’re as pretty as she is.” He stammered over the last few words.
My cheeks grew hot. No guy had ever called me pretty.
Frank put his arm around my waist.
Surprising myself, I leaned against him. Frank understood my complicated feelings for Esperanza and Abuela, how they shut me out and acted like nothing mattered except knitting. Our friendship went back forever. Words were unnecessary.
“What are you two doing over there?” Esperanza said from behind us.
Frank and I disentangled and whirled.
Esperanza, balancing a tray holding three steaming mugs, winked at me. She placed the drinks on the coffee table and handed Frank a mug. Eyes downcast, he sipped the drink, fire flickering behind him.

Thanks for hosting me, Cate, I'm exited to be on your blog today!