Cate: Today, Paxton Summers joins my special Halloween celebration. Paxton, please tell us a little bit about yourself.
Paxton: Paxton writes edgy new adult dystopian, paranormal, science fiction and military stories, all with a touch of romance. As a United States Army Veteran and avid fan of all men in uniform, she naturally gravitates toward alpha males in her stories. Her goal in her books, though you may curse her for pulling an all nighter to get to the last page, is to bring you worlds that stay with you long after you've read the final word. She loves cats, iced coffee (even though most think decaf would benefit her) mixed martial arts, and good books she can get lost in. Go ahead, click that buy button. She'd love to have you join her for an adventure.
http://www.paxtonsummers.com

Cate: Very cool. And welcome! What do you love most about Halloween?
Paxton: The costumes, the trick-or-treaters and the spooky factor. Love the scary shows this time of year.

Cate: Me too. Except the scary movies, lol. Do you have a favorite memory of a Halloween past?
Paxton: My mother used to always make our costumes, would spend hours sewing them. We had the coolest costumes, so when I had children of my own, I did the same. My favorites were the tin man and scare crow from the Wizard of Oz and a gold lame dragon.

Cate: Your mom sounds amazing. Have you ever had an unusual experience you couldn’t explain?
Paxton: Unusual, yes. Unexplained? No. I believe in ghosts and spirits so to me they’re not a mystery.

Cate: What frightens you the most?
Paxton: Sociopaths. The fact that in your lifetime, an average of 680k murders will take place in the United States, even more scary, you will more than likely walk past at least one of these killers, or worse, have an encounter with one. 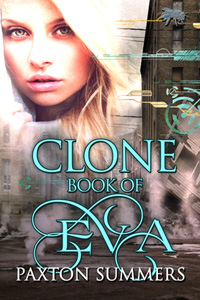 Cate: Now you're really scaring me. Ever gone on a ghost tour? Or ghost hunting on your own?
Paxton: Yes. My brother has the creepy hobby of photographing haunted sites and likes to drag me along when I’m home. Some of the images we’ve downloaded from the camera after visiting, are downright chilling. Not there when we snapped them.

Cate: What a cool brother. Now for the real treat! Tell us about your latest release, and where readers can find it online.
Paxton: My latest release, and first release as Paxton Summers, is called Clone, the Book of Eva. The second book in the series has a tentative release date of February 1st. There will be five books in this series. The first book took over seven years to draft and write, and is probably the most complex story I’ve written.
Best place to get it is Amazon, but you can also pick it up at any major retailer like Smash Words.

Cate: Congrats on your series launch! I love those covers. Care to share a blurb or excerpt?
Paxton: Here you go.

Blurb: When a world leader’s daughter meets a clone, a doomed love affair begins.
In the year 2087, a great war erupts upon the face of the planet, destroying most of the earth. Mankind turns to cloning to survive. Over one hundred-fifty years later, the planet is divided into two factions. There is a shortage of food and an abundance of illness. Most live on the scraps of the wealthy, who wallow in excess.
This is the world Olivia Braun inherits. Sick from birth, she wakes up from surgery with a new heart, only to discover she is the youngest president of Aeropia, an empire that has created and used clones to maintain their position of power since the bombs dropped, but her rise to power was no accident and the fall won’t be either. Before her transplant, Olivia conspired with a clone to free those Aeropia had enslaved.
Now, enemies lie in wait, hidden among the population. Even friends can no longer be trusted, and Olivia must make a choice that will decide the fate of the free world. Before her tale of corruption, forbidden love and war ends, the mighty will be brought to their knees.
By a clone. 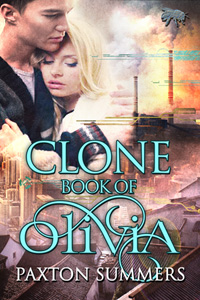 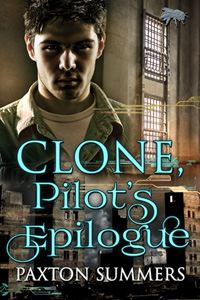 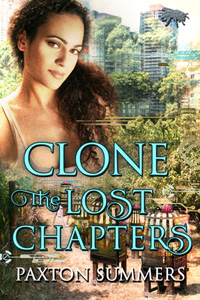 Paxton: The second book in the series has a tentative release date of Feb 1st, 2016 and hopefully one every four months after, until I’ve released the 5th. And if you love this series, I will say there is potentially a spin-off of the series that takes place during the Great War, which will be mostly of a near future, NA military romance/dystopian flavor, but that would be something I wouldn’t expect to start until I finish releasing this series sometime at the end of 2016 or beginning of 2017. Thank you for having me. 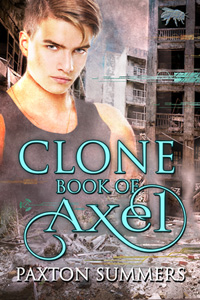 Cate: Glad to have you! You're in luck, readers - Paxton has more goodies for you.
Paxton: To celebrate, I’ll give away a $10.00 Gift Certificate to Amazon to one lucky commenter on this post. I will draw a winner on Halloween and announce on the post. Be sure to leave an email so I can contact you if I should pull your name from the hat.

Cate: What a great treat! Thanks for joining the party, Paxton. Happy Halloween!

Yvette, you've won a 10.00 GC from Amazon. I'll be sending it your way shortly. Thanks for stopping by.