Rock Bottom in print too! And a blue moon sale 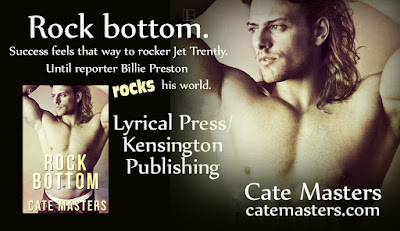 Cruising through Amazon yesterday, I happened across a very cool surprise - Rock Bottom is now in print! Yay!

I have a few signings coming up this fall, so this is great timing. Thanks Kensington/Lyrical! :)

And the sale is great timing too. Tonight is the July blue moon, so watch your skies for this full moon, supposedly the last blue moon until 2018. It coincides with the sale on my contemporary, Twice In A Blue Moon.

Only 99 cents for a limited time, so hurry and grab yours! The universe must want you to read it! ;) 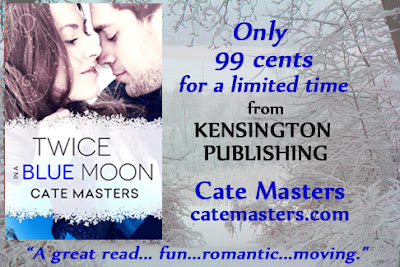 Soon I'm going to put together a summer newsletter. If you'd like to keep up with quarterly news and events, sign up using the box to the right of this post.

Have a great weekend!

The goddesses are united!

The print proof for Goddess, Inflamed arrived! I've made a few tweaks to it, and to Goddess, Spellbound, and have sent for the second set of proofs for both. They appeared fine online, but until you page through the actual book, sometimes you don't know for sure.

So now the goddesses are united! With the power of three, who knows what can happen... 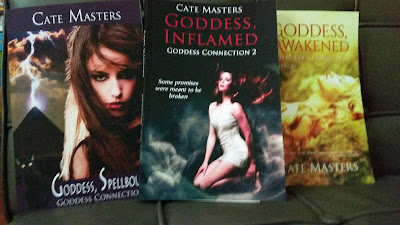 Goddess, Spellbound is in print!

Woo hoo! It's finally here! The print version of Goddess, Spellbound arrived. I could have kissed the UPS man. :)

And it looks pretty good! I'm not completely sold on the matte finish cover, though. Have you ever bought a book with a matte cover? I think I'll change it to glossy, if only to protect it from smudging.

Doesn't the Chairman look happy? lol  Shh, he thinks that's *him* on the cover. Next, he'll want us to start worshiping him like the ancient Egyptians worshiped cats. 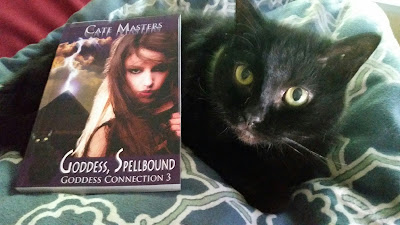 And now I can't wait to get my proof copy for Goddess, Inflamed! 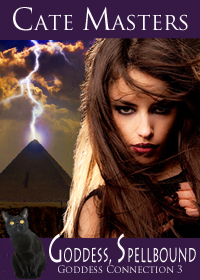 Do You Want Me by Nancy Fraser 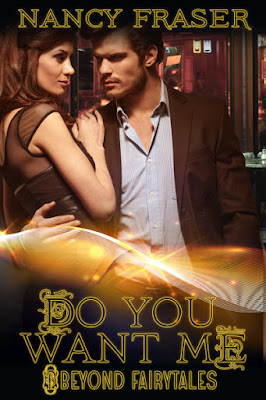 Do You Want Me
by Nancy Fraser


Decorated war hero Reece Michaels agrees to go undercover in order to bring down the Irish Mob. In return, the civilian life he’s coveted for the past six years will be returned to him.

Hired by mob boss Sean O’Malley to protect his youngest son, Reece soon discovers the young man needs more protection from his own family than its enemies.

What Reece doesn’t count on is his instant attraction to the police chief’s beautiful and willing daughter. Abby Mackenzie is the younger sister of a woman with whom Reece once had a torrid affair. He’s determined to not give in to Abby’s come-hither ways. After all, one Mackenzie woman was more than enough. 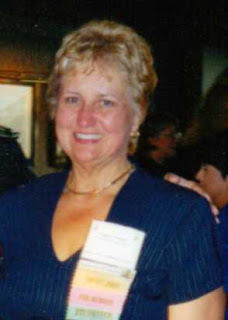 Like most authors, Nancy began writing at an early age, usually on the walls and with crayons or, heaven forbid, permanent markers. Her love of writing often made her the English teacher’s pet, which, of course, resulted in a whole lot of teasing. Still, it was worth it.

Published in multiple genres, Nancy currently writes for four publishers. She has published twenty-two books in both full-length and novella format. Nancy is currently working on a Valentine’s story for 2016, her next Rock and Roll novella, the third McCade Legacy book and a second fairy tale for Decadent Publishing.

When not writing (which is almost never), Nancy dotes on her five beautiful grandchildren and looks forward to traveling and reading when time permits. Nancy lives in Atlantic Canada where she enjoys the relaxed pace and colorful people.


Reece sat at the end of the long, mahogany bar nursing two fingers of Scotch.

“The boss is finishing up with some family business,” the bartender told him.

“Thanks, Eddie. I’m in no hurry.” He tossed back another mouthful of the hot, amber liquid and turned on the wooden stool to survey the room. Besides Eddie, the middle-aged bartender, three other ‘associates’ of O’Malley’s camped out in different corners of the half-empty bar. Obviously, O’Malley’s wealth was not dependent on his drinking clientele.

The door to the back office opened and a young woman stepped over the threshold. She looked vaguely familiar. As discreetly as he could manage, given the lack of a crowd, he studied her face. She smiled at him and then walked slowly in his direction. The gentle sway of her slim hips drew his attention like a magnet.

“Reece Michaels?” Her voice, a husky mix of warm honey and expensive whiskey, literally melted over his name. “Is it really you?”

She laughed softly and tossed her head, her auburn curls swishing from side to side, dusting her silk-clad shoulders. When she met his gaze, her amber eyes widened. “Abby. Abby Mackenzie. You know my sister Lily and, as an unwelcome result, my dad.”

The breath he’d held came out on a whoosh. “My, my, haven’t you grown up? And quite nicely, I might add.”

Laughter bubbled up in his chest, but he tamped it down. “Thanks, I think.”

She made a show of waving her hand in a circle in front of his face. “What’s with the scraggly beard and God-awful slicked-back hair? If I remember correctly, and I’m sure I do, you used to be good-looking, in a clean-cut sort of way.”

“And you used to have freckles and braces. We all change.”

He braced himself for another verbal attack on his appearance. Yet, she stopped short when the door to O’Malley’s office opened and both Jason and his younger brother, Billy, stepped back into the bar.

Billy was exactly as Reece remembered him. Shorter and slighter of build than his older brother, he looked as if a good gust of wind would knock him down. His hair, blond rather than the O’Malley red, framed an unsmiling, pensive face.

With a rough nudge, Jason shoved Billy until he stood beside the bar where Reece and Abby were waiting.

“This is Reece Michaels. He’s the new guy Pops was telling you about,” Jason said, nodding in Reece’s direction. “Reece, you remember my baby brother, Billy, don’t you? Pops wants you to be his new bodyguard.”

Billy O’Malley’s look of anger at being called a ‘baby’ was probably no more comical than the look of surprise on his own face. Bodyguard to a spoiled rich kid was not what he’d had in mind when he’d asked O’Malley for a job.

Like The Devil’s Sooty Brother, the Grimm fairy tale on which the book is based, Do You Want Me was written entirely in the hero’s point of view … even the absolutely decadent love scenes!