Happy bookaversary to Going with Gravity!

It's hard to believe it's been seven years since my contemporary romance novella, Going with Gravity, was first published. To celebrate its bookaversary, I revised the story a bit. I also created a new cover that fits the story better, and is much more beautiful! 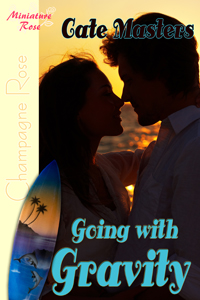 I'm grateful to The Wild Rose Press, publishers and editors and cover artists, for helping launch my romance writing career. Going with Gravity was one of three stories published with them in 2009, and several more followed in later years. 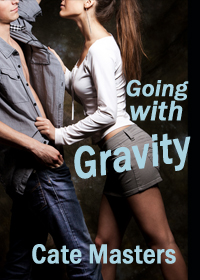 In 2011, I requested the rights back, revised the story and released it with this cover, which is a little play on one of the scenes.


And when I realized that the story was about to celebrate its seventh year, I decided to freshen up both the story and the cover.

So, without further adieu, here is the new Going With Gravity cover. Ta da! 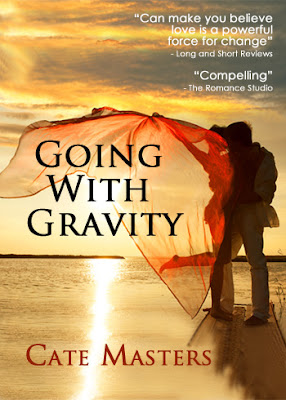 The novella was a 2011 EPIC finalist, and has had some wonderful reviews.


Reviews have described Going with Gravity as:   “so compelling I did not want to put it down. The sexual encounters were sizzling and the ending was unexpected. There were moments of poignant emotional conflict.”

And “What happens is what storybook romances are made of and what everyone hopes for in their lives. But, you will have to read this romantic and heartwarming novel to learn just when and why Allison realizes she might have met the right man, and why Wes made sure to meet her on that fateful flight. “

And praised the hero: “Wes, the hero, is so darned sexy, I wanted to take him home. I’m not talking about his finesse with the spicy part of loving; it’s his class, style and solidness of character. Wes struck a chord with me that makes him a keeper. There’s the part where Allison meets him again under somber circumstances. The way Ms. Masters describes the whole scene allowed me to visualize it. It’s hard to find the exact words to describe how it made me feel but it is no surprise to me that Allison could connect with a guy like Wes so readily. He’s written in such an approachable way, I fully believe that love at first sight can happen.”


It's a great beach read!

You can pick your copy up from Smashwords and Amazon. Other online booksellers will carry the updated version in a few weeks.

I hope you'll enjoy reading it as much as I enjoyed writing it!