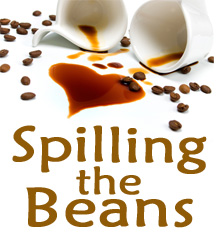 Here's his bio: J.R. Lindermuth is the author of 15 novels, including six in the Sticks Hetrick mystery series set in a fictional rural community near Harrisburg PA. A retired newspaper editor/writer, he is now librarian of his county's historical society where he assists patrons with research and genealogy. He has published stories and articles in a variety of magazines, both print and on line. He is a member of International Thriller Writers and is a past vice president of the Short Mystery Fiction Society.

Hi John! So glad to have you at Spilling the Beans, where we can learn a little bit about you, and your book. Grab a cappuccino and let’s chat. Unless you have another favorite drink (alcoholic or otherwise)?
JRL: I like my coffee black--no adulterants like cream and sugar.

Fur or feathers, pet-wise?
JRL: Definitely fur, preferably dog. I've had some memorable ones through the years. None at present, though I do have three grand-dogs.

Aw, sweet. Tell us something about yourself that’s not in your bio.
JRL: I'm a procrastinator until deadlines prod me into action.

Ha, I can relate. What do you like to do when you’re not writing?
JRL: Read, sketch, do genealogy, walk, eat, spend time with family.

Interesting! If you had to choose another profession besides writer, what would it be and why?
JRL: I guess it's the Indiana Jones in my nature. If I wasn't a writer or artist, I'd probably choose to be an archaeologist focusing on the Indian nations of the U.S., Mexico and Central America.

That does sound fun. Are you a night owl or early bird?
JRL: While working on newspapers I was almost always on the crack-of-dawn team. I dreamt of reversing that when I retired. Unfortunately, old sleep habits are hard to break and I'm usually up earlier than I'd prefer--even when I stay up longer at night.

If you could live out any fantasy, what would you do?
JRL: Eliminate some of the mistakes I made earlier in life. But we all know that's a fantasy. You do what you do and make the best of it.

Sad but true. If you could have dinner with anyone, past or present, fictional or real, who would it be and why?
JRL: Oh, so many greats of the past I'd like to have spent time with--Cervantes, DaVinci, Shaw. But, if I could sit down with some more contemporary figures I'd enjoy a meal and conversation with James Lee Burke, Ruth Rendell and Jim Harrison. I'd probably be tongue-tied in such august company.

What is the craziest thing you’ve ever done?
JRL: Stood on the DMZ in Korea and exchanged glares with an armed North Korean soldier.

Oh, you just gave me shivers. Wow.
Beethoven, Beatles, Foo Fighters or Keith Urban.. what type(s) of music makes you rock out?
JRL: I love music of all types and have listened to all of the above. I would have to say, though, my favorites are classical, the blues and folk music.

I love your eclectic tastes. Does music influence your writing? Do you have a music playlist for your book?
JRL: Since it's generally playing in the background as I write, I would have to say, yes. I don't have a playlist for the current book, but A Burning Desire, the previous entry in the Sticks Hetrick series did. My son helped me assemble music a firebug rocked to as he plied his trade.

Very cool. Where can readers find out more about you?
My website: http://www.jrlindermuth.net or my Amazon author's page: https://www.amazon.com/J.R.-Lindermuth/e/B002BLJIQ8 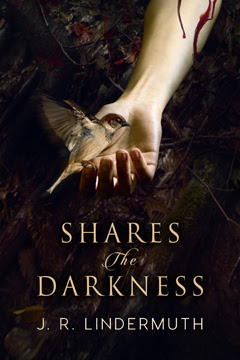 Please tell us a bit about your latest book.
JRL: Here's the blurb:

Jan Kepler and Swatara Creek Police Officer Flora Vastine were neighbors and schoolmates, but never close.
When Jan, a school teacher, avid birder and niece of a fellow officer, goes missing and is found dead in a nearby tract of woods Flora finds herself thrust into the middle of an examination of the other woman's life, as she searches for clues.
As usual, the police have more than one crime to deal with. There’s illegal timbering and a series of vehicle thefts taking up their time. And there are other issues to deal with. Flora is concerned there’s some shakiness in her relationship with Cpl. Harry Minnich who seems to be making a lot of secretive phone calls.
Still Flora maintains focus on the murder. Despite evidence implicating other suspects, the odd behavior of another former classmate rouses Flora’s suspicion. Flora’s probing opens personal wounds as she observes the cost of obsessive love and tracks down the killer.

That cover is an absolute grabber. What inspired you to write this story?
JRL: A documentary on birding sparked the idea originally; imagination added more.

Thanks for spilling the beans today! Best of luck with your latest release.
JRL: Thanks for the opportunity, Cate.