A lifelong lover of words and stories and imaginary worlds, Cate Masters is a firm believer in following her passion. And her muse! Whether this leads to an obscure but interesting place around the globe, or somewhere waiting to be mapped within her imagination.


Most days, she can be found in her lair, concocting a magical brew of contemporary, historical, and fantasy/paranormal stories with her cat Chairman Maiow and dog Lily as company.
Look for her at http://catemasters.blogspot.com, and in strange nooks and far-flung corners of the web.

Reviewers have described her work as "so compelling, I did not want to put it down," "such romantic tales that really touch your soul," "filled with action scenes which made it a riveting story," and "the author weaves a great tale with a creative way of using words that makes the story refreshing to read."

Her novellas, short stories and flash fiction appear at various epress sites and web zines as well as Flesh from Ashes (2005), Quality Women's Fiction (2005), Phase (2004), and The Writer's online edition.

Her freelance articles have appeared in The Sentinel, Carlisle. 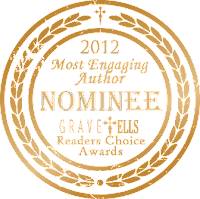 She was nominated for the Most Engaging Author in the 2012 Readers' Choice award. 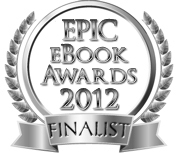 In 2012, her re-release of Sixties-era short, Seventh Heaven, was an EPIC finalist.

In 2011, three stories placed in the Top Ten Finishers at the Preditors and Editors Poll - Angels, Sinners and Madmen (historical); Follow the Stars Home (Native American historical); and Design for Life (contemporary)

In 2010, The Pearl S. Buck Foundation awarded first place to her short literary story, Christmas Eve at the Diner on Rathole Street.

Her short literary story, All is Calm, All is Bright, was awarded second place in the annual Pennwriters Short Story contest in 2005.

In addition to her own blog, she launched TBR (To Be Read) in 2012, and is a contributor at The Susquehanna Writers and The Paranormalists.

Writing mainstream and speculative fiction as C.A. Masterson, you can also find her at Painted Fire.

If you've read her stories, please leave a review on Goodreads, Amazon, or any of her publishers' sites:

BookStrand
Decadent Publishing
Eternal Press  UPDATE: Eternal Press has a new publisher. I finally had a response to my emails and the new publisher has removed my books from their site, for which I am grateful.
Freya's Bower
Lyrical Press
Musa Publishing
The Wild Rose Press
Wild Child Publishing
Whiskey Creek Press

Email: cate.masters AT gmail.com
I'd love to hear from you!