Today I was supposed to be at the Midtown Scholar in Harrisburg, PA, signing away copies of Picture This and One Soul for Sale.

However, because Old Man Winter made a surprise appearance in full force, the Midtown has officially postponed the event until sometime after the spring thaw. I took the photo below at 7:30 this morning. Already about three inches have fallen, and the brunt of the storm's not supposed to hit until later today. 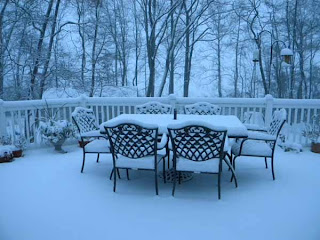 I know several of you were going to be traveling this weekend, picking up kids from college. Stay safe!

Disappointing that the weather would be so uncooperative - I had my Santa hat and excerpt and giveaways of candy and book marks all ready! And The Patriot-News in Harrisburg supposedly had a write-up yesterday, though I couldn't find it online.

So look for news of the rescheduled event in a few months. 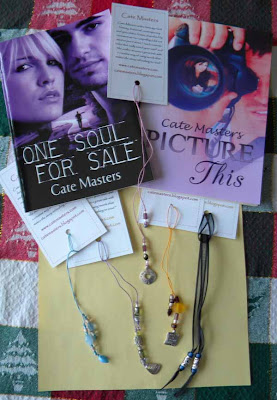 In the meantime, you can always order copies of Picture This and One Soul for Sale from Amazon - both are linked to my Amazon Author Page. There's nothing better than cozying up with a good book on a snowy day. :)

Email ThisBlogThis!Share to TwitterShare to FacebookShare to Pinterest
Labels: Midtown Scholar Bookstore, One Soul for Sale, Picture This

What a bummer for you, but the picture is beautiful. I used to live in Charleston, WV, and figure they're getting hit hard, too. Our weather was up into the 60's today, having been in the 40's just a few days ago.