In the Author Spotlight: Rebecca Savage

An avid reader can become a prolific writer. Such is the case with me. I started out in my teens reading Louis L’Amour. I have one hundred ninety of his paperbacks and fifteen of his books bound in leather. I read them all, loved them and saved them. I only read one romance during my teens, titled The Daring Deception. Lately I’ve tried to find it so I can buy it, but I haven’t been successful in my attempt to locate it. I only want it for nostalgic purposes, since I had no idea I’d eventually become a romance junkie and writer. In essence, that book was my romantic beginning.
I never read another romance until 2003 when I graduated with a Masters in History and decided to read something for fun. A friend of mine always carried a romance novel in her purse and read constantly. I borrowed a couple of books from her, and the rest is history. I was hooked. 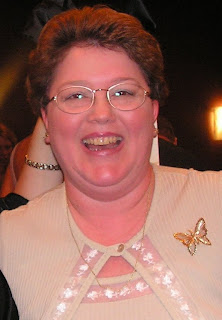 I read all kinds of romance, but only write contemporary suspense/intrigue. I had a top secret clearance in the Air Force when I served as a Morse Code operator/supervisor, so I seldom have to research, yet. I’ve done a bit of digging to confirm things I already suspected to be true, but mostly I write from experience or imagination and stick to the facts as much as possible.

I read books from August 2003 until May 2004, and I was lying on the couch reading one day and thought, “What would I write if I wrote a book?” I like action movies that make you think, a story with a good plot with a hero and heroine trying to figure out what’s affecting their lives, bringing them together, and pulling them apart. I started there. I decided to write a suspense/mystery, since neither the reader nor the characters knew who was after the hero/heroine, although sometimes both the reader and characters do know who the villain in my works is, but the villain is allusive.

So, all those books I read, and still read, were a learning process, just as everything else in my life has led up to where I am now. I was a good student, a good military leader, a good reader, and I hope I’m a good writer. Only time and sales will tell.

I wrote a trilogy in summer 2004 while off for the summer from teaching. I wrote another trilogy in summer 2005. I joined RWA in October 2005, after searching for a publisher on the internet and seeing advice to join organizations like RWA and local chapters. That’s how I ended up at CRW, but not until March 2006. Teaching slowed down the process. Darn those daytime jobs.

CRW taught me so much. My first meeting I learned writing is a business and how to write a query/synopsis. I had no idea there were such things. I also learned how extreme the competition is. I had no idea so many writers existed and wanted to be published or what a game it is. I learned it’s all about persistence and taking the steps to get there. I also learned I’m a fly by the seat of my pants, character driven writer, not a plotter.

After joining RWA/CRW I went back to those first six novels and began self-editing based on things I learned about craft: voice, passive, throw away words, POV, etc. I started submitting to agents, editors, and publishers. I took any and all advice from the rejection letters and fixed anything I was told was wrong.

I didn’t start working with Critique Partners or judging or reviewing for magazines until this year(2007). I wasn’t ready, even though I might’ve thought back then I was. I had to climb the ladder. I had to learn craft and even technical programs. I had no idea what track changes on Microsoft word was. I know. Seems silly, huh? Like everyone should know these things.

When I first started coming to meetings, I thought I was so writing illiterate, and I was. Terms most writers are comfortable with totally escaped me. I didn’t know what POV was, or lots of other things. I didn’t go to college to be a writer. I wasn’t an English major. I’d never been a journalist. I worked on a Masters in History. So my background was foreign to what most successful writers have under their belts.

That didn’t stop me. I just kept plugging along. I had no idea how long it’d take. I thought I’d submit and get published. End of story. Boy, what an eye opener the past few years have been, and when I moved from South Carolina and could no longer attend CRW meeting, I joined MORWA in St. Louis, Missouri.

I landed in a few writers’ woes and pitfalls along the way, but my writer friends have shown me the right way to do things. I submitted to an online agency, and it turned out to be bogus. I paid eighty dollars for my stuff to be looked at, and they tried to weasel me out of more. Thank goodness CRW stopped that mistake.

So my first pitfall was a hoax agency, and then I contracted with an e-publisher that went out of business, but just kept my work and didn’t tell me anything. Come to find out, my editor was holding my ms, and after the ninety days – thank goodness for that clause – she emailed me and told me of the issues within the company. That company no longer exists.

I was allowed to pull my work from their company and resubmit elsewhere. I did. I got a contract for the trilogy I penned in 2005. I signed with The Wild Rose Press: Fueled By Instinct, Cloaked In Assassination, and Destination Ever After. My other trilogy wasn’t ready yet. It was my first attempt at writing, and I’d worked on it, but it took a lot more tweaking to ready it. Now I’ve published it with Champagne Books, and the first book released in January 2009 and made the bestseller list for February 2009 and is listed as Best Book: Coincidence, Combustion, and Consequences are the three titles in that trilogy. I also have a book published by Double Dragon/Carnal Desires: Guard My Baby.

In the meantime, I wrote another story in 2006 after joining CRW. I submitted to Harlequin and was asked for a full ms. The editor liked it, but not enough. I sent that story to an agent, along with a note saying Harlequin asked for a full. When Harlequin rejected, she did, too, but she asked to meet with me in Dallas at nationals.

In other words, it’s all about not giving up. I suppose there’s a time to quit, but as long as a writer is not at a stand still – work on something else while going through the process of one edit – then it’s not a bad thing to take awhile working and dealing with a possible agent/publisher. 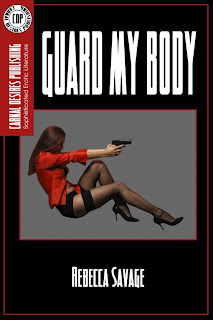 Excerpt:
Who the hell sends a librarian to do the job of an undercover CIA agent?
Covert Operation Expert Nash Kincaid - at least that's what his latest passport said - sat in a seedy biker bar, sipping on his tap beer, waiting impatiently for a librarian - of all people - to show up and make a Top Secret information drop.
He scowled and scoffed silently into his foamy brew at the very balls of his friend and fellow comrade in arms, the man who'd set up this preposterous rendezvous. How the hell had Ace ever gotten it in his head that some stuffy old bookworm would be suitable for a transfer of classified information? So what if this Ayden person happened to be Ace's partner Leigh's sister? That didn't mean she could pull off something like this.
And who the hell is the amazing-looking chick that just walked in the door?
Nash's eyes widened, and his blood simmered beneath the surface. He let his eyes wander down, and then roam back up, the woman's sexy form. Her slim but amply curved silhouette stood out against the shadows of the barroom. Bright neon lights poured over her sexy outline, illuminating her body in vibrant red and yellow hues, cascading over and around her like waterfalls of color for her to bask in. She wore a skin-tight muscle shirt and a short leather skirt. The shiny, sequined material clung to curvy hips, stopped inches above shapely knees, and topped off endless, toned legs. Her fiery hair hung loose, reaching her narrow waistline, flowing like a billowing sea of red. Nash wanted to grip her waist with one hand, run his other through all that mass of organized tangles, hold on tight, and plow into her beckoning body like a madman.

Wow! What a great excerpt Rebecca, your path follows the same road a lot of us have taken and then been published. I am still learning!!

Rebecca, great interview! You've had an interesting life. Good luck with recovering your stolen ID. And good luck with your writing.

Wow Rebecca, now that was what I call an exciting excerpt. I have cetainly had similar highs and lows as you have. Alas, one Agent dumped me when the the publisher who was interested in my manuscript got taken over by a larger publisher and didn't want my story. My second Agent died on me, and I am still looking for a third one. No takers as yet.

I too am sorry to hear about your ID being stolen. How awful for you.
Cheers