Cate: Woot! Taryn Kincaid's returned for the Halloween celebration. Taryn, please tell us a little bit about yourself. 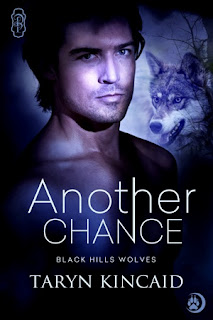 Taryn: I read and write everything. Well, not that I’ve written everything there is or ever was, but sometimes I mix up genres. I seem to be most comfortable with paranormals, if you go by my SLEEPY HOLLOW series of 1Night Stand books for Decadent Publishing, or my Black Hills Wolves shifter romances (one out, one on its way and one in progress!), but my first contract was for a Regency Romance, HEALING HEARTS, from Carina Press. And I’ve taken a dip into the contemporary romance pool, too, which has produced some of my best writing.

Cate: What do you love most about Halloween?
Taryn: Sheesh, what’s not to like? Candy, kids, apples, pumpkins and spices, bursts of amazing color when you leaf-peep, and the fabulous snack and party ideas on Pinterest. I can’t believe some of the stuff people dream up!

Cate: Exactly! lol Do you have a favorite memory of a Halloween past?
Taryn: Trying to get home from school before anyone else, get costumed, made up, out the door and over to the neighbors’ before Mrs. Mac gave out all her candy apples! (She only made them for the neighbor kids she knew.) I guess no one really does that anymore.

Cate: Sadly, not that I know of. We don’t even get trick or treaters where I live! I miss them.
Have you ever had an unusual experience you couldn’t explain?
Taryn: Yes, but I can’t talk about them!

Cate: Yikes, YES! Can’t even joke about that. Ever gone on a ghost tour? Or ghost hunting on your own?
Taryn: Went on a ghost tour in New Orleans, maybe the best city in the world for that. It’s got such a reputation for ghosts that you can see realtor signs hanging on apartments to let that say, “Haunted / Not haunted” and things like that!

Cate: I so want to go there. Any favorite Halloween recipes you’d care to share? 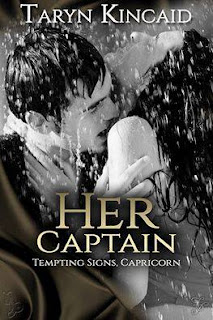 Taryn: Have a bunch of them up on my “Happy Halloween” Pinterest board: https://www.pinterest.com/tarynkincaid/happy-halloween/

Cate: Yum! Ok, now for the real goodies! Tell us about your latest release, and where readers can find it online.
Taryn: I’ve got  HER CAPTAIN coming in December from Fated Desires Publishing’s Tempting Signs series, but it’s available for pre-order now! The hero, Slate Claybourne, is a sexy, taciturn—and somewhat damaged--ex-Navy SEAL, who returns to his hometown. He’s a Capricorn and would keep to himself if he could. But the heroine, Holly Harper, a bouncy and impetuous Aries, has other ideas!

Cate: Care to share a blurb or excerpt?
Taryn: Would love to!
12 Authors. 12 Zodiac Signs. 1 Explosive Series. What seductive, contemporary
romance will you find today?

Capricorn Slate Claybourne, an ex-Navy SEAL and former sniper who has seen and done things in country that no man should endure, returns to his bucolic hometown on Pieberry  Island, desperate for the mundane, everyday routines he once wanted to escape.

A broken soul-dead man unable to be around people, his body still a lethal weapon when his night terrors wake him from sleep, Slate’s failed to keep the promise he made to the commander who died in his arms: to look after the older man’s baby girl.

But animated Aries Holly Harper is not the pigtailed tot Slate expected her to be, when she lands on the island to take over the decrepit Pieberry House, determined to turn it into an inn for summer tourists, and even more determined to yank Slate back into the land of the living.

First she crashes into him at the island’s holiday Winter Festival, dumping a towering stack of pies at his feet, then she drags him off to a fortune teller against his better judgment. Except for the sizzling attraction smoldering between them, they’re incompatible in every way.

But when a furious December nor’easter traps them together at Pieberry House, will Slate and Holly overcome their pasts and discover they are two halves of a whole?

Cate: Sounds great! What inspired you to write about the theme?
Taryn: Each sign of the series has been written by a different author. So when I was asked if I wanted to do one, I chose Capricorn, which is my own sign. I knew I wanted the hero to be some sort of sea captain…my original inspiration was Billy Joel’s Downeaster Alexa (https://www.youtube.com/watch?v=LVlDSzbrH5M)…and I knew there was going to be a big Sandy-type storm…but that’s about it. I toyed with the title, Captain January, like the Shirley Temple movie because I thought the book would release in January. (It’s a December 15, 2015 release). As it turns out, it’s nothing like Captain January, and nothing like the Downeaster Alexa! About the only thing that remains is the storm! I love it. 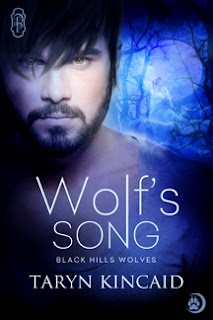 Cate: Very cool! Anything else you’d like to share?
Taryn: Yep! My next Black Hills Wolves shifter book, ANOTHER CHANCE, is coming soon. (I don’t know the date yet, or I’d share.) But here’s the gorgeous cover:

Cate: Oo, you’re in for a treat, readers. Taryn has a giveaway for you!
Taryn: What’s your sign? Do you believe in astrology? Tell me that, or relate one of your favorite storm anecdotes and I’ll send a random commenter a copy of my first Black Hills Wolves shifter book, WOLF’S SONG.

Cate: The perfect Halloween treat! Thanks for joining the party, Taryn!

Love Taryn's books, Frost being a fave of mine to date :)

Oooooh, thanks, Michele! I love FROST, too. (Don't tell my other pixel children, but it's one of my favories!)

I'm a Aquarius and yes I believe.

I'm a Aquarius and yes I believe.

I'd love to be an Aquarius and have a song and a Broadway musical. Instead, I'm a stick in the mud Capricorn. Like my sexy hero. Who's not what anyone would call "stick in the mud." LOL!

I'm an Aquarius but hated that song growing up, lol. I do love Taryns books though! Thanks for being part of the early Halloween fun, Taryn.

I'm Virgo and I believe

Thanks for having me, Cate! It's always so much fun!

Virgos are supposed to be analytical, observant, helpful, reliable and precise! Excellent traits, Penny. You're probably a great friend!

I'm a crab (Cancer). My mother always said that with my attitude, I was the perfect crab. My mother always told me the joke "Why is the ocean so mad? Because the crab bit its bottom." I stopped reading my horoscope because it never came true.

I am a Pisces. I do not really believe in astrology but I do think it is interesting an read horoscopes and like the star formations and stuff.

Thanks for having me, Cate! So much fun. The winner of WOLF'S SONG is Penny Soice! Send me your email address, Penny and I'll send the book out to you!