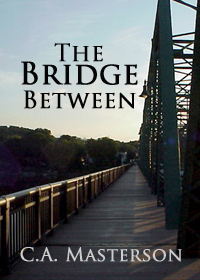 The Bridge Between
Smashwords


Addictions come in many forms, Jessie Moore learns—including relationships. Working at the fledgling Philly Times newspaper with reporter Matt Cleary proves draining after their breakup. When a longtime friend dies of AIDS, she reconnects with her first love, Billy Black, who becomes a bridge back to the safety of her old life, and also to the origins of her artistic inspiration. But Billy drowns his worries in beer, threatening to drag her down too. After she rekindles their affair, Matt’s jealousy confuses her. Before she can truly give herself to anyone, can Jessie learn to be true to herself?

Read more about The Bridge Between here. 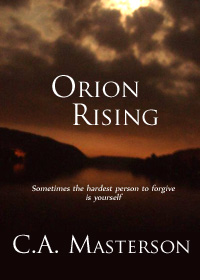 To the Byrne children, constellations were more than stick figures in the night sky. At their father’s telling, their myths became tales of adventure and romance for Percy, Allie, Mary and Aurie, whose names seem to imbue celestial royalty upon them. When the Orion River floods in 1965, the Byrne children are drawn to it like sailors to a siren’s call. After Aurie disappears in the river, their names seem more like a curse. Though self-imposed, the curse follows them through three decades before each learns the key to breaking it – love, and forgiveness. But sometimes the hardest person to forgive is yourself. 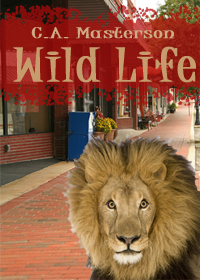 
On October 19, 2011, the owner of a private zoo in Zanesville, Ohio, opened the cages of the fifty-six exotic animals he kept, and then shot himself. A few animals escaped before authorities could reach the zoo, but most hovered near the fence, afraid and confused. Imminent nightfall forced the hard decision not to risk use of tranquilizer, but to shoot to kill. One person described this real-life tragedy as “Noah’s ark wrecked.”

But what if the opposite had occurred, and most of the animals had escaped to invade the town? 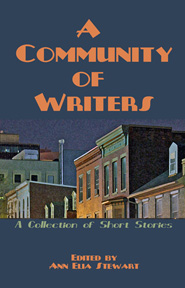 A Community of Writers:
A Collection of Short Stories
Available from Sunbury Press
or at Amazon

Twenty-five stories, written by workshop participants from nearly every year.